Skip to content
Electric Cars Are Unlikely to Help Carmakers Cut CO2 Emissions Significantly by 2020, According to The Boston Consulting Group

An estimated 14 million electric and hybrid cars may be sold in 2020 in the world’s four largest automotive markets — Western Europe, North America, Japan, and China — up from some 400,000 in 2008, according to a report by The Boston Consulting Group (BCG) published today. But despite growing pressure on the automotive industry to produce cars with lower carbon dioxide emissions, the world’s automotive markets will remain dominated by cars powered by the next generations of traditional internal-combustion engines (ICEs) unless governments intervene with incentives for car manufacturers, power companies, and consumers.

The electric car, which was first marketed in the early 1900s and then revived unsuccessfully in the 1990s, has long been hailed as the answer to the problem of how to cut the car industry’s contribution to CO2 emissions. In Europe, electric cars are able to generate around 60 percent less in CO2 emissions, calculated on a well-to-wheel basis, than those powered by ICEs.

But in its Focus report “The Comeback of the Electric Car? How Real, How Soon, and What Must Happen Next,” BCG says the costs of creating an automotive market dominated by electric and hybrid cars are prohibitively high, at least in the foreseeable future. In Europe alone, BCG calculates that in 2020, a staggering $49 billion will be needed to cover the new propulsion-technology mix. Investments totaling an additional $21 billion will be needed for battery-charging infrastructure (stations near homes, hotels, and shopping centers).

In the study, BCG analyzed possible markets in 2020 for electric, hybrid, and ICE-based cars under different scenarios. In the most likely, the steady-pace scenario — which assumes that fears of climate change are high, the price of a barrel of oil is around $150, and governments enforce existing regulations for reducing CO2 emissions — some 1.5 million fully electric cars and some 1.5 million range-extended electric vehicles would be sold in 2020, as well as 11 million hybrid cars.

These vehicles, together with those powered by compressed natural gas, would constitute 28 percent of the cars sold in the major markets. The number of cars powered by alternative fuels — for instance, second-generation biofuels and hydrogen — would be insignificant, even though they actually offer the highest potential for reducing CO2 emissions, cutting them by up to 90 percent.

Western Europe would develop the biggest appetite for fully electric cars in 2020 — some 600,000, more than one-third of the total sold. North America would be the biggest market for hybrid cars, accounting for 5.4 million of the 11 million sold in the major markets. In terms of market segments, the city car segment would see the highest proportion of fully electric cars — around 18 percent. In the
small- and large-car segments, hybrids would command between 18 and 26 percent of the market.

But the BCG report says that gasoline-based cars, with a 2020 market share of 58 percent, and diesel-based cars, with 14 percent, would continue to dominate the automotive market. Georg Sticher, a coauthor of the report and a senior partner and managing director in BCG’s Munich office, said, “To reduce CO2 emissions, all automotive manufacturers need to include electric cars in their fleets. But they cannot do this alone. Unless governments act promptly to provide adequate incentives for consumers to purchase electric and hybrid cars and for power companies and private investors to provide the necessary infrastructure at affordable prices, the electric car may be off to another false start.”

Some governments — notably those of Denmark, France, and Israel — are establishing attractive incentive schemes for electric vehicles. Xavier Mosquet, a coauthor of the report and a senior partner and managing director in BCG’s Detroit office, said that until such schemes are more widespread, “advanced ICE technologies will be the most cost-effective way to reduce CO2 emissions on a broad scale.” A combination of advanced technologies can boost the fuel efficiency of a gasoline-based ICE by 20 percent at a cost increase of some $2,100 per engine, translating into corresponding reductions in CO2 emissions.

To receive a copy of “The Comeback of the Electric Car? How Real, How Soon, and What Must Happen Next” or to schedule an interview with one of the authors — Michael Book, Marcus Groll, Xavier Mosquet, Dimitrios Rizoulis, and Georg Sticher — please contact Alexandra Corriveau at +1 212 446 3261 or corriveau.alexandria@bcg.com 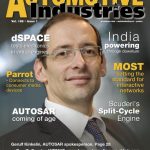 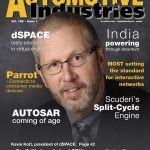