Members of the AUTomotive Open System Architecture (AUTOSAR) Development Partnership presented their methods and solutions for an open, standardized software architecture at a joint booth at the electronica 2010 held from November 9 to 12 in Munich, Germany. At the centre of the AUTOSAR presentation was the Release 4.0, launched in December 2009, – and which marked the end of phase two.

A major focus of the development partnership was on maturing methodology and templates. Some of the upgrades in Release 4.0 included the harmonization of ECU configuration parameters, the enhancements on measurements and calibration, the rework of the ECU Resource Template as well as the further alignment with the Field Bus Exchange Format or FIBEX standard.

According to Stefan Bunzel, spokesperson of the AUTOSAR Partnership, AUTOSAR’s Release 4.0 facilitates the faster design and development of vehicle electronics. As the basic architecture of Release 4.0 is a logical development of the well-established architecture of Release 3.x, AUTOSAR based applications will easily migrate to the new release while benefiting from new concepts like memory partitioning, or enhancements on the communication stack, like support for the FlexRay ISO Transport Protocol.
AUTOSAR have selected about 50 technical concepts which will be developed and incorporated in the Release 4.1 until the end of 2012. This selective enhancement aims on achieving backwards compatibility with former releases.

The AUTOSAR partnership was founded in 2003/2004 by the BMW Group, Bosch, Continental, DaimlerChrysler, Ford, GM, PSA, Siemens VDO, Toyota and Volkswagen to develop an open, standardized software architecture for the automotive industry.
The growing importance of AUTOSAR is proven by its growing global prominence. “More and more companies worldwide recognize that AUTOSAR is the key technology regarding infrastructure software for automotive systems. The results and the success of the second Open Conference in Tokyo in May 2010 proved that AUTOSAR has been gaining momentum in Asia, particularly in Japan. The event fully underlined its motto of AUTOSAR as a global standard,” says Bunzel.

This global prominence was confirmed in October 2010, when Indian firm KPIT Cummins Infosystems announced the availability of a software package based on the Herstellerinitiative Software recommendation for Scalable AUTOSAR Stack supporting 16 bit AUTOSAR R3.1 Solution.

There has been significant growth in the need for standardization of automotive software because of an increase of ECUs in cars. However, programs became too large for the standardized hardware components, and OEMs requested a solution with a smaller memory size, like the 16bit microcontroller. AUTOSAR meets these requirements by optimizing the code size according to recommended guidelines by HIS.

Automotive Industries (AI) caught up with Stefan Bunzel, spokesperson of the AUTOSAR Partnership, and asked how successful electronica 2010 was from an AUTOSAR perspective.

Bunzel: electronica has established its position as an important meeting point for the global electronics industry. The high number of international visitors and exhibitors confirmed the leading character of this trade fair.

AI: What were some of the features of the AUTOSAR standard that were highlighted at the trade fair?

Bunzel: Besides electromobility, one of the most important topics was automobile electronics. Many of our members showcased their latest advancements in the management of an increasing amount electrics/electronics (E/E) and software complexity.

AI: Why is it important for the AUTOSAR Partnership to take part in such fairs?

Bunzel: Automotive conference fairs like the well-established electronica enable our members to advance the exchange of ideas with each other and to present developments of new products and tools.

AI: What are some of the new features of Release 4.1?

Bunzel: Multicore systems are one of the main topics in ECU development, and AUTOSAR will therefore address these challenges by enhancing the support for multi-core systems. The introduction of features for efficient energy management is an important topic, while functional safety remains important for AUTOSAR. The automotive industry answered the challenge of functional safety by developing the standard ISO DIS 26262, which aims to avoid these risks by providing feasible requirements and processes. AUTOSAR is already selectively enhancing the standard, which means that about 50 new technical concepts are jointly worked out and will be implemented in AUTOSAR Release 4.1 by the end of 2012.

AI: What is your opinion of the growing international interest in the AUTOSAR standard?

Bunzel: The automotive industry has recognized that a technological breakthrough is required to master the growing complexity of automotive electronic architecture.
All major OEMs and ECU suppliers have AUTOSAR on their roadmap. AUTOSAR enables the development of systems with increased complexity at reasonable costs while maintaining high quality, e.g. new driver assistance systems, safety systems, and systems for electromobility.

AI: What are some of the products developing from this international interest that further bolsters support for AUTOSAR?

Bunzel: The AUTOSAR scope includes all vehicle domains focusing on body, power train and chassis domains first. Release 4.0 contains a large set of application interfaces, which are standardised by AUTOSAR for pedestrian safety as well as Human Machine Interface (HMI). AUTOSAR is the basis for new functions, increasing the speed of their introduction and enabling the development of systems with increased complexity at reasonable costs with high quality.

AI: How would you rate the progress of AUTOSAR this year as you took over as spokesperson?

Bunzel: One of the highlights was the attendance at the second AUTOSAR Open Conference in Tokyo. The conference has proved that AUTOSAR is playing the leading role in software technology in the international automotive industry. AUTOSAR has gained momentum in its application in series projects at many members and partners. Many vehicles with AUTOSAR technology are already on the road. Several OEMs have started the development of high volume vehicle platforms which apply AUTOSAR at most of their ECUs. This is in addition to many AUTOSAR series projects at suppliers and tool providers.

THINKING OUTSIDE OF THE BOX - LITERALLY 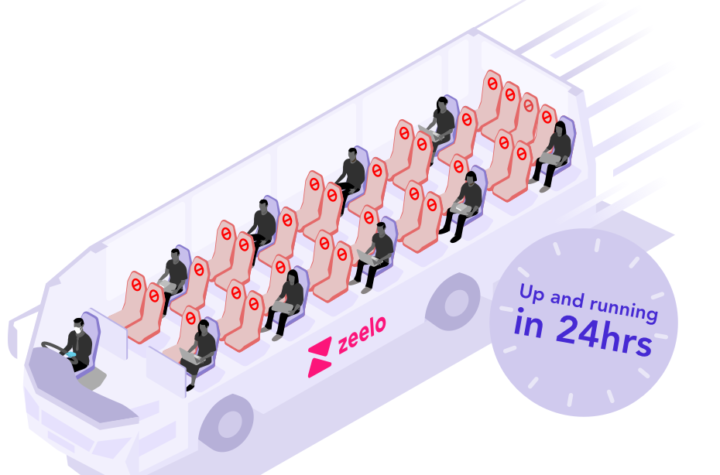 Zeelo currently drives more than 5,000 people to work each day across the UK