Mammoth Energy Group, a lithium and alternative energy mining company, announced that expected demand and sales growth for lithium ion batteries is expected to triple to $60 Billion in the next ten years.

The lithium ion batteries cost less than larger batteries developed exclusively for cars and used by automakers like General Motors, Nissan, and Mitsubishi. Tesla’s roadster sports car, which sells for $109,000, is powered by a pack of 6,831 Panasonic cylinder-shaped cells that provides up to 245 miles per charge, Bloomberg reported.

“The main question investors need to be asking is what will be the source for the development electric and battery demand,” said William Lieberman, President of Mammoth Energy Group. “Currently lithium the main energy source for battery technology is produced by a few concentrated sources. The market will continue to open and be ripe for companies like Mammoth Energy Group to provide the ‘fuel’ for the twenty-first century,” he added.

Sales of lithium ion batteries will more than triple to $60 billion in the next 10 years, according to the world’s largest maker of the batteries, Sanyo Electric, Bloomberg said. Economies of scale may help cut manufacturing costs and sticker prices of rechargeable consumer electronic batteries for the burgeoning electric car industry, an analyst at Tokyo-based Advanced Research Japan told Bloomberg.

“It may lead to the total component cost of an electric car getting lower than that of a gasoline car,” Koji Endo said. “As the cost lowers, there’ll be more likelihood that retail prices of electric cars will drop.”

Presently, consumers pay higher prices for electric volt-powered vehicles, which are more expensive than three-quarters of the cars sold, Bloomberg said, due to the high cost of batteries. The Chevrolet Volt sells for $41,000 and the Nissan Leaf is $32,780.

About 954,000 electric volt cars and hybrids, including plug-in models, will sell this year worldwide, comprising 2.2% of all car sales, industry forecaster J.D. Power and Associates estimated in October, Bloomberg reported. By 2020, just 5.2 million, or less than 10% of the estimated 71 million cars to be sold, are expected to be electric. And according to a Kelly Blue Book survey, only 7% of car shoppers will even consider buying or leasing a new electric car because of the reduced travel range and availability of charging stations.

Tesla is working with Toyota, the world’s largest automaker, on an electric RAV4, while Toyota’s small, electric car planned for 2012 and the Prius hybrid use larger batteries.

Mammoth Energy Group has signed a Letter of Intent with Salt Gold Inter Chile Limitada whose concessions are located in the Salar de Maricunga. The company is currently speaking with five other local Chilean and Canadian companies to acquire mining rights and concessions. The company expects its entire lithium package once complete will total acreage of approximately 12,500 hectares or close to 31,000 acres. The value of acres in Chile has been estimated to be $10,000 to $30,000 depending on lithium concentration levels.

NanoMaterials, a Top 30 Winner in the NoAE Innovation Award 2010 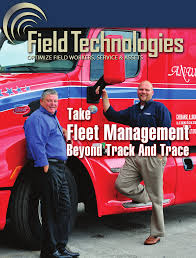