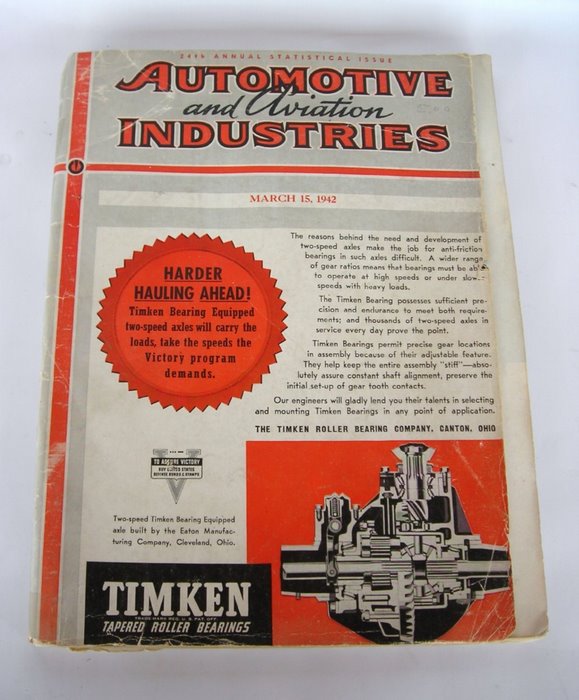 This week, Americans everywhere are celebrating the freedom we enjoy that began with an extraordinary revolution that brought independence to the United States and changed the world. But amid the barbecues, fireworks and day off from work, it cannot be forgotten that our freedom is owed to the sacrifices of countless men and women who gave much, if not all, serving their country at home and abroad since the birth of this nation.

In World War II, as our “greatest generation” served with relentless bravery, they were aided greatly by a fully mobilized American automotive industry. President Franklin D. Roosevelt famously called on America to be the allies’ “Arsenal of Democracy,” and it was to Ford,Chrysler and General Motors that the government turned to help fill that arsenal for our soldiers, sailors, airmen, Marines and guardsmen.

In “Freedom’s Forge: How American Business Produced Victory in World War II,” Arthur Herman outlines how Roosevelt relied on auto industry leaders such as William S. Knudsen (of Ford, then GM) to mobilize the industry that equipped our soldiers. According to the book, whenKnudsen called on his colleagues at Chrysler, Continental Motors andA.O. Smith for tanks, engines and the welding of heavy steel plates, they responded to his urgent request without hesitation.

The major American automakers ceased production of commercial vehicles and revamped their plants and factories to manufacture jeeps, tanks, bombers, shells, engines, fighters, ambulances and innumerable other craft and tools that allowed our fighting forces to be the best-equipped the world had yet seen.

The magnitude of what U.S. automakers produced for the war effort is stunning. Consider the output between 1940 and 1945:

With millions of American men in uniform, American women stepped into the gap and entered the workforce in unprecedented numbers to help build jeeps, B-24 aircraft and tractors. In 1943, more than 30 percent ofFord workers in the machining and assembly departments were women. Women operated drill presses, welding tools, heavy casting machinery and – like Rose Will Monroe or “Rosie the Riveter” – riveting guns. During World War II, these pioneering women were at the heart and soul of the Arsenal of Democracy.

World War II engendered profound patriotism and dedication to preserving American values. This achievement of America’s automakers cannot be underestimated. Employees of the auto industry banded together and put country before profits so our soldiers had the tools they needed to win.

Although World War II is history, this industry is still shaped by and has learned from its past. Ford, Chrysler, and General Motors are still committed to excellence, innovation and serving our country, especially in the face of stronger competition and weaker economic conditions than at almost any time in its history. Having weathered the recent economic storm, they have begun to prosper once again.

These iconic American companies are emerging from the recession with growing sales and are driving the nation’s manufacturing renaissance. Hiring is up, and each of the automakers is making substantial capital investments in new plants and factories across the country. And, of course, every new building and innovative vehicle means new jobs and more wages for the surrounding communities.

In 1941, the nation and its automotive manufacturers came together and committed to winning World War II. Today, Ford, Chrysler and General Motors, drawing on their deep values and practices learned throughout their storied history, have dedicated themselves to making sure the U.S. auto industry remains the world’s leader. This July Fourth, as we remember the sacrifices made for our country and celebrate our independence, forget not the contributions of this great American industry to our nation’s remarkable history and how they are leading our economy into tomorrow.

Matt Blunt is President of the American Automotive Policy Council and former governor of Missouri.

EMAL to focus on automotive industries with foundry aluminium

Dana Commemorates 20 Years of Service to Automotive Industry in Thailand