The drive for cleaner air and more fuel-efficient vehicles has led to the redesign of automotive fuel and air-conditioning systems, which in turn require new and much more sensitive leak-detection systems.

Recent vehicle-airbag safety concerns also have called attention to the need for even greater test accuracy in this area as well.

ONE-STEP TESTING FOR BOTH HVAC AND FUEL

On the HVAC front, the movement from R-12 to R-134a as a refrigerant in the mid-nineties to reduce ozone depletion has been followed by moves to upgrade from R-134a to R-1234yf in attempts to further reduce the potential for global warming.

INFICON’s ECOTEC E3000 Multi-Gas Leak Detector is the only instru­ment available today that quantitatively detects both refrigerant and fuel simultaneously — without sounding false alarms from other materials such as washer fluids and coolants.

He adds that refrigerants replacing R-134a such as R-1234yf are much more flammable and create a greater need for a leak-proof environment. Assembly plants are looking for better sniffers, and INFICON provides unique systems to detect refrigerant leaks in mobile air-conditioning systems, as well as to find fuel leaks in direct-injection systems right on the assembly line.

“INFICON is critically aware of the issues driving changes in automotive refrigerants and high-pressure fuel systems,” Parker said. “R-134a has a pressure of about 300 psi, but its global warming potential rating is about 1,300 (after 100 years). By comparison,  the GWP for methane is 23 and for NOx is 298. R-134a is likely to be discontinued by 2020.”

Today not every automotive assembly plant has a final quality test for refrigerant systems. Some only rely on pressure testing on the assembly line along with helium testing of components such as hoses, evaporators, condensers, dryers, compressors and internal heat exchangers at supplier facilities.

Pressure-decay testing on an assembly line can only detect leaks of between 1,000 to 10,000 grams/year, Parker noted, adding that these tests cannot detect leaks at a level that meets SAE standards for mobile air conditioning components that are at a very small 2-5 grams/year level.

Parker explained that ECOTEC E3000 also is ideal for mixed refrigerant production lines. The phase out of R-134a creates a situation in which older vehicle models using R-134a will roll down the same assembly line as newer models with HFO-1234y. A leak detector that can detect both refrigerants and is able to clearly distinguish between them, is a necessity for this type of mixed production line.

For vehicle engines, he points out, fuel-injection pressures typically have been less than 100 psi, but newer gas direct-injection technologies with greater fuel efficiency require fuel delivery pressures of 2,000 psi or more.

ECOTEC E3000 is currently in use at three North American assembly plants to test gasoline direct-injection fuel connections on production lines. Those plants can leak test for both fuel and refrigerant leaks in 20 seconds or less.

Airbag safety has become an even greater concern over the past three years as the list of vehicles recalled to replace potentially defective airbags now numbers more than 50 million.

Most new cars today are equipped with as many as 12 separate airbags, which will require automotive suppliers to quality check more than 300 million airbag-inflator systems this year alone using sophisticated helium- and hydrogen-based leak-detection technology.

INFICON is the world’s leading supplier of leak detection equipment used to test airbag inflator systems, and has more than 1,000 of its LDS3000 Helium-Hydrogen Leak Detector systems in use by U.S. automotive suppliers.

INFICON test equipment is used to quality check complete stored-gas and pyrotechnic inflators. Based on mass spectrometer technology, the LDS3000 equipment operates in a demanding, high-speed process that can generate more than three million tests per year.

Parker estimates that automakers and their suppliers annually conduct more than 600 million leak tests on airbag inflator components and seatbelt pretension systems in the United States alone. The majority of those tests are conducted with INFICON equipment that use helium or hydrogen as tracer gases.

“Developed especially for demanding performance and reliability requirements in the auto industry, our LDS3000 detectors are faster, more compact and more accurate than previous models and are ideally suited for airbag testing,” Parker points out. “INFICON’s modular, ultra-compact design is easy to integrate into a variety of leak-detection systems.”

INFICON is one of the world’s leading developers, producers and suppliers of instruments and devices for leak detection in air conditioning, refrigeration and automotive manufacturing. The company has manufacturing facilities in Europe, China and the United States, as well as sales and service offices throughout the world. 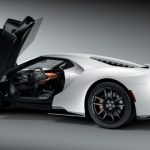 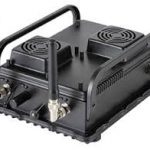 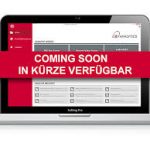 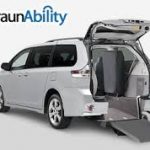 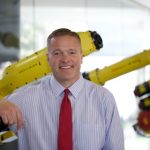 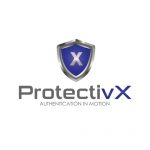