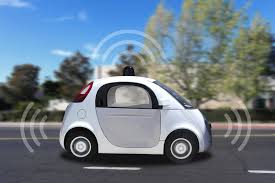 Electric vehicles (EVs) may be more fuel efficient than traditional fossil-fuel options, but sales of EVs make up a fraction of the automotive market.  Globally, 500,000 EVs were sold in 2015, bringing the number sold to date to one million, according to the International Council on Clean Transportation (ICCT).

This year, it is possible the 500,000 sold record might be broken.  Tesla Motors received 350,000 reservations for its Model 3 during its first week, Market Watch reports, breaking Wall Street forecasts.  The reservations are equivalent to $14 billion in sales.

Despite this increase in sales, the future of the EV market remains unclear.  A recent survey from ReportLinker found that lack of awareness, high costs and immature infrastructure are to blame.  However, these are issues which can be overcome.

ReportLinker surveyed car buyers in the United States.  It found 72% of drivers continue to use vehicles powered by fossil fuels.  When asked, “which is the best alternative to traditional fuel vehicles,” only 12% cited EVs as alternatives to diesel and gasoline.  The majority, 43%, said more fuel-efficient vehicles were the best alternative, followed by hybrid electric vehicles at 29%, hydrogen vehicles at 11% and compress gas-fueled vehicles at 5%

Potential customers lack an understanding of EVs or the companies that manufacture the vehicles.

Toyota Motor Corp. was one of the first companies to produce an EV, yet only 15% of ReportLinker-survey respondents knew the company was an EV manufacturer.  A similar percentage, 13%, could name Tesla while Ford, Chevrolet and Honda were known by 9%, 7% and 3% respectively.

Compared to the rest of the U.S. population, Millennials are less likely to own a vehicle, and only 60% do.  The average Millennial is urban with access to public transportation.

Millennials are more multimodal than other generations, according to the American Public Transportation Association.  This means they decide to drive, bike, walk or use public transportation based on the type of trip they are planning.

They may not drive as much as other age groups, but when it comes to brand recognition, more Millennials could name EV manufacturers.  Thirty-four percent could name Tesla.

Tesla designed its Model 3 with Millennials in mind, so much so that Forbes dubbed the vehicle the Tesla Millennial.   How did Millennials influence the design?  The Model 3 features more technology that is usually found at the $35,000 price point.  It has a futuristic design which requires minimal maintenance.  It’s fast, but features safety technology.

All EV manufacturers could benefit from a marketing campaign designed to increase awareness of the models on the market and show the benefits of electric vehicles.

More than half of survey respondents believe that EVs make a good return on investment, but 81% of respondents also said they simply were not ready to become EV owners.

According to the ICCT, early adopters of EVs have an average income of $114,000 annually.  The average consumer cannot afford the high price of EVs and is unwilling to pay until prices  fall to $30,000 or less.

The cost of EV batteries and the cost of gasoline also affect sales.

Twenty-one percent of ReportLinker’s survey respondents said cost was a factor in them becoming EV owners.

This is especially true for Millennials, who are struggling with high student-loan debt.  However, Millennials are more likely than other generations to embrace EV technology – 48% said EVs are the best alternatives to fossil fuels and 29% were willing to purchase one – so they are a potentially large customer base in a decade.

Bloomberg New Energy Finance forecasts the high cost of EVs will drop significantly in the next decade becoming comparable in price to traditional vehicles.

The ICCT cites immature infrastructure as the third reason EV growth has been slow with as high as 54% of drivers saying they will not buy an EV until the infrastructure improves.

“If electric vehicles are to reach a broad market, rather than serving as second cars for city dwellers with large garages, it will be essential to create a public electric charging infrastructure,” the ICCT report said.

ReportLinker’s survey found similar results when participants were ask, “what is the main drawback of owning an EV?”: 33% said infrastructure and 15% said speed of charge.

There are two types of EVs – alternating current and direct current – with recharging times that range from 20 minutes to eight hours.  Recharging means plugging in to a recharging station, something 70% of EV users never do, Vox reports, which means fuel economy suffers.

Some innovative companies believe they have found a solution:

Wireless technology will be available as soon as 2018, according to Qualcomm.

It is forecasted that the EV charger market will grow at a compound annual growth rate of 29% between 2016 and 2020 .

Innovation is being fueled by a U.S. Department of Energy and Department of Transportation initiative with the goal of creating a charging network across the nation by 2020.  The government also is offering $4.5 billion loan guarantees for the development of new or the significant improvement of existing EV technologies.

Technology of the Future

When asked by ReportLinker when they believed mass adoption of EVs would occur, responses varied.  Twenty-nine percent said by 2025 and 37% said by 2035.  Two-thirds of Millennials believe adoption will come in 2030 or later.

Brand recognition could help sell vehicles.  Advertising research firms WPP and Millward Brown ranked Tesla as one of its 100 Most Valuable Global Brands for 2016.  In the automotive category, it ranked 10th, the first time an electric vehicle manufacturer was listed in the top 10.

Tesla was valued at $4.4 billion, displacing Lexus from the top 10.

“Tesla’s brand equity has grown a lot over the last few years, and while famously not an advocate of traditional above-the-line advertising, the few marketing dollars it does spend have grown noticeably in both value and effectiveness,” the report said.

It is an exciting time in the automotive industry as EVs are poised to make a prominent place in the dealership showroom. 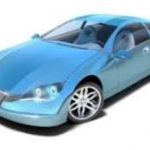 230,000 investment-oriented visitors from all over the world make for excellent mood at K 2016 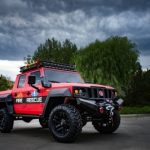 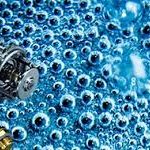 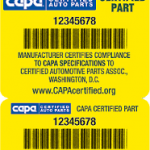 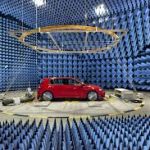