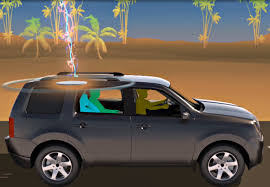 “This latest test showcases the benefits of high throughput satellite connectivity for cars,” said Dr. Nathan Kundtz, Chief Executive Officer of Kymeta. “Only our innovative technology can be seamlessly integrated into the roof of a vehicle and will deliver the capacity that high throughput satellites can provide worldwide while supporting new immersive and autonomous driving capabilities.”

“We are delighted to see that Kymeta continues to make progress since our partnership announcement last year. This test is another positive milestone achieved and an important step closer to the future reality of a secure, high bandwidth communications system with a global coverage area for connected cars,” said a spokesperson at Toyota Motor Corporation.

The test showcased that Kymeta mTenna technology for consumer vehicles could successfully connect to Intelsat’s EpicNG satellite network. The test also demonstrated that Kymeta mTenna technology can transmit and receive data with a single aperture, connect to the internet and access YouTube videos, and conduct a Skype™ call, all within its first attempt. Currently, the only way to take advantage of High Throughput Satellites (HTS) is with a large, traditional satellite dish with moving parts. The Kymeta satellite solution will eliminate the need for a gimbaled dish and provide terabyte level capacity to cars allowing broadband level connectivity even in areas that have no terrestrial coverage.

The test is the first step in making a connected car its most secure and connected at a global scale. This successful testing was conducted with Intelsat, the world’s leading provider of satellite services, which has a partnership agreement with Kymeta to enable satellite connectivity for the auto industry.

Kymeta delivers on what connectivity is meant to be – secure, available, universal, and global. Kymeta is removing barriers by providing an innovative means of leveraging satellite network capacity for high bandwidth communication access while on the move. The company’s first products, software-enabled metamaterials-based electronic beamforming antennas and terminals for satellite communications, will keep boats, planes, cars, and more connected.

In 2017 Kymeta has been recognized with a 2017 Fast Company World’s Most Innovative Companies in Space award and the 2017 Puget Sound Business Journal Innovation Award for Technology. The company has also been awarded the 2016 Seattle Business Silver Tech Impact Award for Emerging Technology and the 2016 2b AHEAD Innovators Award, which were closely preceded by the Frost & Sullivan 2016 New Product Innovation Award. The company has also been recognized as a CNBC Disruptor for two consecutive years, a FiReStarter by Strategic News Network and a top 50 MIT Technology Review Disruptive Company. Kymeta has formed significant partnerships with industry leaders including Toyota, Intelsat, Panasonic, Airbus Defence & Space, Sharp, Intellian, O3b, and more. If it moves, Kymeta will keep it connected. Anywhere. The company is based in Redmond, Washington and operates on a worldwide basis. For more information, please visit www.kymetacorp.com 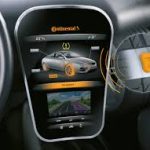 Continental Named One of FORTUNE Magazine's - Most Admired Companies 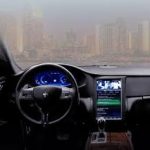 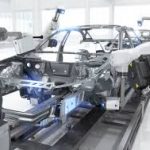 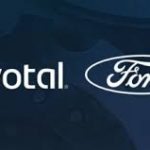 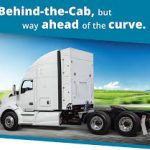