This edition of Automotive Industries once again details far-reaching technological innovations which are disrupting an industry which is little over 100 years old, if we take the cranking into life of the first Ford assembly line on December 1, 1913.

If we look under the hood of the industry we will find an alignment of technologies and societal changes similar to that which allowed Henry Ford to revolutionalize motor assembly and manufacturing as a whole. Firstly, he had to have reliable electricity to power the machinery and the production line – supplied by Detroit Edison formed in 1903, just seven years before the first production line.

Then he had a model – the continuous-flow production methods found in flour mills, breweries, canneries, bakeries and Chicago’s meat-packing plants. Other industries, such as rail, mining and textiles had partly mechanised, and Ford was able to adapt this technology to an automotive production line.

Come to think of it, the automotive industry took the best from the rest and then invented itself. Much the same is happening today. This time the enabling technology includes: the microprocessor (1971); the World Wide Web (1989); cellphone technology (1973), and the global positioning system (1978).

More importantly, society is ready for change – just as it was when Henry Ford and others put the buggy industry out of business. These are just some of the developments which will support much quicker uptake of electric vehicles than would happen if it were left up to normal market forces:

It is impossible to fully quantify the impact on the component industry, but much of their current production will go the way of buggy whips. Just look at the numbers – a Tesla has 18 moving parts, while the average internal combustion engine and drive train has more than 1,500. That’s shiploads of components which will not be manufactured, transported, stored or assembled.

We are already seeing the impact on the ground – in this edition we feature the biggest-ever disposal of automotive manufacturing equipment in Australia, and one of the largest in the world. The sale of the Toyota Altona assembly plant in south eastern Australia and the operations of nine of its suppliers is being handled by Amsterdam-based Hilco Industrial Acquisitions.

The huge advantage today’s motor industry has over the buggy whip makers (and the now defunct Australian auto industry) is that we have their example (and those of others which have failed to embrace change) to learn from. It is going to be an interesting balancing act, with two or more business models and technologies running in parallel until one eventually runs out of steam (as happened literally with rail). 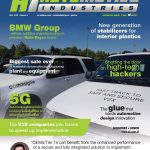 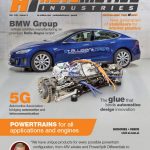 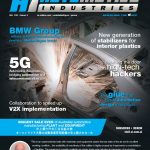 Biggest sale ever of Australian automotive manufacturing plant and equipment 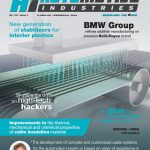