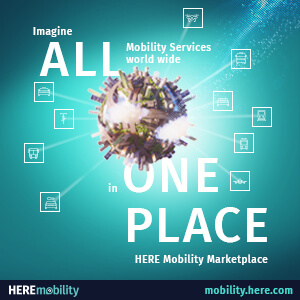 This was announced at the unveiling of the ICONIQ Model SEVEN at the 2018 Geneva Motor Show. The company says the SEVEN “is the world’s first all-electric passenger-focused MPV, with a focus on bringing an unparalleled level of connectivity and convenience to passengers”. Speaking at the launch ICONIQ President Alan Wu said “ICONIQ SEVEN’s debut in Europe marks another milestone for the company as we expand our market reach while taking a leap forward to announce the next level of our partnership with Microsoft and AKKA to make driverless technology a reality”.

In December 2012 the Tianjin-based electronic vehicle company raised 1.2 billion yuan (US$182.5 million) from institutions headed by GSR Capital, paving the way to fulfil the company’s ambition to develop high-end electric vehicles and start mass production in 2019. According to Wu, ICONIQ Motors has started work of its manufacturing facility in the Tianjin High-Tech Area (THT), and he expects to secure a production license after the plant is completed.

A completely new energy vehicle industrial chain is taking shape at Tianjin High-Tech Area, where the output value of new energy vehicle car manufacturers alone is expected to reach 100 billion yuan by 2020, according to Ni Xiangyu, Party secretary of the management committee of Tianjin Binhai High-Tech Industrial Development Area. According to Wu, a second production facility in southern China is also in the pipeline.

ICONIQ Motors CEO Bruno Lambert said “we will fill the need in the automotive market, not just for China but internationally, for a premium-positioned electric vehicle that delivers truly exceptional passenger experiences through state-of-art technology.” In March 2017 Abu Dhabi police ordered 5,000 all-electric multipurpose vehicles (MPV) from ICONIQ, according to a 21st Century Business Herald report. The company’s first flagship showroom was opened in Dubai in November 2017, one day after it signed the partnership with Microsoft.

The goal of the three-party partnership is to debut ICONIQ’s fully autonomous (Level 5) vehicle, the ICONIQ L5 at Expo 2020 Dubai. This will be followed by mass production of the L5 from the end of 2022. Ahead of the debut in 2020, the ICONIQ L5 has been selected to undergo testing in China and in Abu Dhabi’s Masdar Smart City, providing important preliminary data and securing early stage participation in one of the world’s most ambitious sustainability-focused urban projects.

The ICONIQ model SEVEN is currently equipped with Microsoft’s Azure cloud technology to provide predictive maintenance, vehicle diagnostics and analytics, and voice assistance. For Microsoft, this is a key partnership in one of the world’s largest and fastest growing automotive markets. In the next level of the partnership, Microsoft and AKKA will work with ICONIQ to make cloud enhanced driverless technology a reality by 2020. Kevin Dallas, Corporate Vice President AI & Intelligent Cloud Business Development at Microsoft says “pursuing a partnership and open ecosystem approach empowers our customers, partners and suppliers to rely on years of investments we’ve made in the cloud, including security and regulation, freeing up ICONIQ and AKKA to execute their bold ambitions of creating immersive experiences.”

AKKA has built its expertise in advanced driver assistance systems for over 10 years and currently has over 300 of its engineers working on related technology and contributing critical cross-sector smart-city expertise. AKKA brings experience in connected technologies, software, embedded electronics, car integration, electromechanical systems to its partnership with ICONIQ.

ICONIQ shared its presence at the Geneva Motor Show with strategic partner W Motors, which celebrated the global debut of the Fenyr SuperSport, an exotic and exclusive supercar catering to ultra-high net worth individuals. both vehicles share the same in-car connected technology. W Motors first product, the Lykan HyperSports achieved worldwide fame when it appeared in the Fast & Furious 7 movie. The two brands also share a showroom in Dubai

PrevPreviousTAPA 2018: Presenting Clean Innovation for the Future
NextSamsung-owned HARMAN to transform the workplace with augmented realityNext