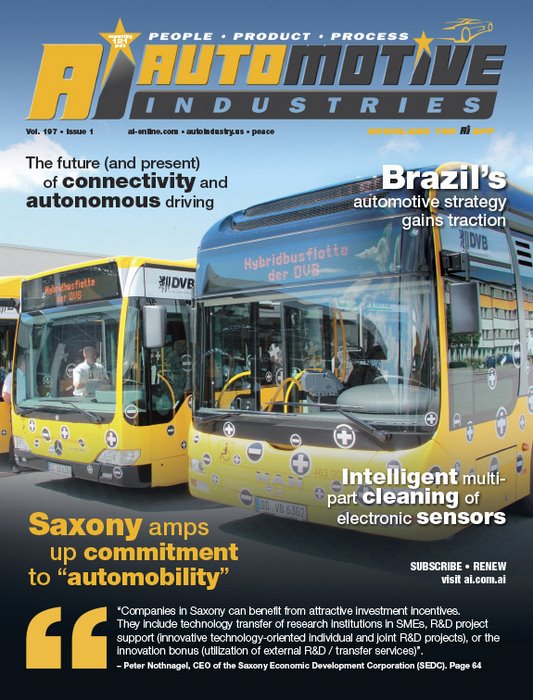 Having police patrolling in a fleet of electric cars is one of the visible proofs of the commitment of the Free State of Saxony to power up local electric vehicle technology.

Guiding the plans around electromobility is the Saxon government’s 2017 “Automobility of the Future” framework plan, which incorporates smart transport systems and an efficient public charging infrastructure. The Federal State of Saxony is home to 780 automotive companies with about 95.000 employees.

Automotive Industries asked Peter Nothnagel, CEO of the Saxony Economic Development Corporation (SEDC) to give a brief overview of how the Saxon government has been supporting electromobility.

Nothnagel: Saxony has been playing a pioneering role throughout Germany since 2009. The Saxon State Ministry for Economic Affairs, Labour and Transport has established a Competence Centre for Efficient Mobility at the Saxon Energy Agency – SAENA. Amongst other the center pools the activities of Saxony’s stakeholders in the electromobility sector. Within the scope of the Showcase Bavaria- Saxony “ELECTRIC MOBILITY CONNECTS (an R&D project subsidized by the German Federal Government), Saxony implemented together with the Free State of Bavaria about 40 projects with a total value of approximately 130 million euros and with more than 100 partners from business and science between 2012 and 2016. The year 2014 marked the start of the high-tech initiative “Synchronous Mobility 2023 – Intelligent Transport Systems in Saxony” (subsidized by the Free State of Saxony) which unites more than 50 stakeholders under its roof. The initiative seeks to develop and test innovative concepts for highly automated and connected driving and smart transport systems and create the requisite framework conditions for their use. Since July 2016, Saxony’s state capital has been one of seven test field locations for automated driving in Germany which are subsidized by the Federal Ministry of Transport and Digital Infrastructure (BMVI). In addition to the state government’s programs there are several other initiatives – for example, Volkswagen Sachsen’s agreements on cooperation with the Cities of Dresden (2016) and Zwickau (2017). Here, the focus is on developing these cities into model centers for future urban mobility.

AI: What has been the impact on Saxony’s position as a global electromobility center?

Nothnagel: One thing is fairly clear – “Autoland Saxony” has not just recently started down the path towards the electromobile future. Boosted by Saxony’s e mobility incubators at BMW in Leipzig (production of the i model series) and the development and production of batteries in Kamenz, Saxony’s supply companies have already furnished ample proof that they are able to adjust themselves to the changed requirements of their end customers – the large automobile groups. The VW Group, which is refurbishing and expanding its factory in Zwickau/Saxony into the central production site for all its e car models, wants to benefit from this development as well.

AI: How is the private sector contributing to electromobility?

Nothnagel: Just last year alone we were able to record two major and important investments: In May 2017 the cornerstone was laid for one of the world’s largest and most modern battery factories in Kamenz. With an investment of around 500 million euros, the Daimler subsidiary Accumotive is already building its second factory for lithium-ion batteries – which are used in the Daimler Group’s hybrid and electric vehicles. Then, in November 2017, the VW Group announced that its entire mass production of electric vehicles is to be concentrated in Zwickau – with an investment of 1 billion euros! This will certainly result in follow up investments in the supply sector.

AI: What is the time-frame for Saxony to go fully electric for its public transportation?

Nothnagel: A large portion of public urban transport already runs entirely on electricity. These are primarily trams and commuter trains. There is continuous expansion and modernization of the network. For example, as a result of the projects mentioned above which revolve around Saxony as a model region for electromobility, local public transportation operators were able to convert part of their fleets into hybrid busses – today about 50 are used in urban transport. All-electric busses will be introduced step by step after a successful test phase. Other projects address electromobility in regional rail transport: In the Erzgebirge Mountains, Saxon partners in the “EcoTrain” project are developing and testing under the leadership of the Deutsche Bahn AG corporation a diesel-electric hybrid drive for use on non-electrified passenger transport railway lines which is also being readied, for example, for automated driving. All projects have been and continue to be developed and tested in close cooperation with industrial enterprises, R&D institutes, and educational facilities. One example is the Dresden-based Fraunhofer Institute IVI, which is working on a comprehensive, hands on concept for the swift, secure, and efficient energy supply of hybrid and electric buses used in public transportation. This resulted in the testing of such developments as, for example, an 18 metre-long plug-in-hybrid articulated bus or the all-electric, fast-charging “EDDA” bus along regular inner-city routes.

AI: What role do the educational institutions in the region played in promoting Saxony as a hub for electromobility?

Nothnagel: So that a sustainable pool of young specialists continues to be available to Saxony’s automobile industry also in the future, more than 3,500 students at three technical universities and five universities of applied sciences are currently being trained and educated in the various fields of vehicle engineering. The university education focuses primarily on such topics as alternative drive and propulsion systems as well as lightweight construction, which is of utmost significance for electromobility. Last but not least, Saxony’s technical universities are acknowledged and recognized research partners of the international automobile industry.

Nothnagel: Companies seeking to set up their business or expand their existing commitment in Saxony can benefit from attractive investment incentives. They include technology transfer support (technology transfer of research institutions in SMEs), R&D project support (innovative technology-oriented individual and joint R&D projects), or the innovation bonus (utilization of external R&D / transfer services). Furthermore, the support program for the promotion of the transportation infrastructure includes the support of measures designed to reduce CO2 emissions. And a state program for the promotion of decentralized power storage systems supports the establishment of charging infrastructures for electric vehicles.

AI: What has your organization seen over the past year in terms of increased interest in investing in Saxony from companies in the electromobility sector?

Nothnagel: “Autoland Saxony” was on the radar screens of Germany’s large automobile groups quite early on, particularly when it comes to competences in state-of-the-art, flexible vehicle production and innovative energy storage technologies. In April 2009, Daimler founded the Accumotive battery factory in Kamenz. And in late 2010, BMW announced the expansion of its Leipzig plant into the first factory for the mass production of electric cars in Germany. Since then, investments have increasingly been made into the alternative drive sector in Saxony. Lightweight automotive construction is another sector which brings investments and expansion projects to the business venue Saxony. ThyssenKrupp, for example, has not only built an R&D center for the development of car battery production technologies near Chemnitz, but it has also concentrated its entire R&D activities in the CFRP sector near Dresden since 2013. 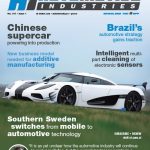 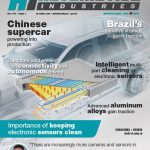 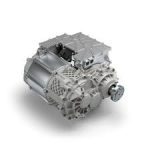 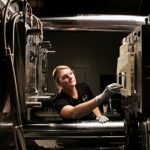