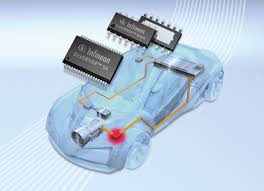 Volkswagen has nominated Infineon as a new partner in its strategic supplier network FAST – even though Infineon’s customers usually are Tier 1 suppliers rather than the carmakers themselves.

Automotive Industries (AI) asked Peter Schiefer, President of the Automotive Division at Infineon Technologies, to tell us more about this decision. Schiefer: Semiconductors are at the heart of future mobility. Electromobility, automated driving, the connected and cybersecure car – none of those are possible without chips from Infineon or other semiconductor providers. This is why, on specific topics, carmakers work directly with us. Volkswagen included us in their FAST program to support their electromobility agenda. Next to the battery, semiconductors are the key influencing factor for the range, cost and performance of electric cars. We are the largest supplier of such electromobility chips, and Volkswagen’s modular electric drive matrix MEB is the largest electrification platform in the automotive industry.

AI: What is Infineon’s contribution to MEB? Schiefer: Generally speaking, semiconductors are important for many things in electromobility: charging or battery management, for example. Most importantly, they convert the battery’s direct current into the alternating current to drive the motor. The efficiency of this process has a significant impact on the range of the car. We have developed a family of power modules that makes it easy to scale electrification across many different segments and performance classes – just as Volkswagen does with their MEB.

AI: Then why use silicon at all? Schiefer: Because it comes at much lower costs. The manufacturing process of silicon carbide is very complex, which makes a wafer many times as expensive than a silicon wafer. In cars with a smaller battery, the higher cost of silicon carbide outweighs the efficiency benefits. This is why we expect to see silicon carbide first in the premium segment and in cars with a very large battery capacity, especially when 800 V batteries are used. Over time the new technology will be adopted for lower-voltage batteries.

AI: …which will boost demand for silicon carbide? Schiefer: Market research indicates that by the mid- 2020s, the automotive industry will be the largest market for silicon carbide by far. However, we expect silicon based IGBTs to continue to be the mainstream technology for the electromobility market throughout the next decade. We are ready for high volume production both with silicon IGBTs and with silicon carbide.

AI: How will Infineon meet the growing demand? Schiefer: Producing semiconductors is a very demanding process. It requires specific manufacturing infrastructure, which takes quite some time, effort and money to build and ramp-up. Therefore, the most important thing is to be prepared to react to growing demand. Compared to our competitors, we already have quite a large manufacturing infrastructure for power semiconductors; for example, in Austria, in Germany and in Malaysia. In addition, over the next couple of years we will invest 1.6 billion Euros in order to build a new factory at our Austrian site in Villach.

AI: The availability of silicon carbide raw wafers is another potential bottleneck. Schiefer: Not true for us. Infineon is well set. Last year, for example, we signed a strategic long-term supply agreement with Cree for the provision of silicon carbide wafers. This has allowed us to broaden our portfolio of silicon carbide products. Outside of the electric car, silicon carbide plays a major role in other applications such as photovoltaic inverters. Furthermore, Infineon acquired the start-up Siltectra in November 2018. They developed a technology called cold split. It allows us to split crystalline material very efficiently with minimal loss of material. Put simply, we will use it to make two silicon carbide wafers out of one.

AI: What is included in your current portfolio? Schiefer: At Infineon, we are proud to say that we have the broadest power portfolio for electromobility in the market, including both silicon and silicon carbide. Only Infineon covers the full spectrum from individual chips to discrete components to complete modules. In 2018, 15 out of the world’s 20 top-selling electric and plug-in hybrid vehicles used Infineon components. Regarding silicon carbide, we qualified our first silicon carbide diodes last summer. Then, there are the discrete Mosfets. Both help to make charging more efficient. Next up is our silicon carbide version of the HybridPACK Drive power module for the main inverter.

AI: And reliability? Schiefer: We pay particular attention to quality. With silicon-based electromobility chips we have many years of production experience. Failure rates are extremely low. Statistically, you would have to examine 20 million of our discrete MOSFETs (Metal-Oxide-Semiconductor Field-Effect Transistor) to find one error. Our approach with silicon carbide is to offer the same level of robustness and reliability as with silicon. Our zero-defect quality approach covers R&D, production, processes, employees, and supply security.

AI: How do semiconductors contribute to safe automated driving? Schiefer: Next to electromobility, advanced driver assistance systems and automated driving are the other big topic in the automotive industry. In this context, mainly camera and radar sensor modules will drive the semiconductor content in cars over the next few years. Ten years ago, we pioneered radar sensor chips for driver assistance. This year we passed the landmark of selling 100 million x 77 GHz radar chips. Market research predicts the semiconductor content related to driver assistance to grow from about 160 US-Dollars per car in 2020 to more than 500 US-Dollars within a few years.

AI: What about potentially competitive computing platforms? Schiefer: Our AURIX microcontrollers complement their computing power as a critical safety element. For example, they monitor the operation of the data fusion unit and ensure safe and secure communication to actuator control units. In other words: While from level 3 onward higher computing power is necessary to handle the sensor data, it is still the AURIX on board that ensures safe operation. And, up to a level 2 automation, the AURIX can manage the sensor fusion itself.

AI: Where do you see the biggest growth opportunities for the automotive-semiconductor sector geographically and in between automotive-applications? Schiefer: Electromobility and advanced driver assistance systems are the main drivers for growth in the automotive semiconductor industry. Together, they account for about two thirds of our planned growth in the next few years, electromobility being the most important contributor. Today, the semiconductor content in a battery electric vehicle is twice that of a car with an internal combustion engine. While China is the largest market for electric cars, we expect electromobility to gain momentum in many regions in the world. An example is the European Union, where ambitious CO2 targets will lead to a significantly higher share of electric vehicles in car sales.

AI: Last but not least: What is next from Infineon? Schiefer: Electrification, automation and connectivity add complexity to vehicle electronics. Managing this complexity is a big challenge. We need to ensure that the higher complexity does not lead to longer development cycles. Given that 90% of car innovations are based on electronics, and thus semiconductors, I think it is fair to say we help pave the way for future mobility. 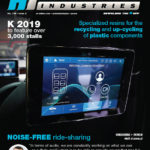 The future ain't what it used to be 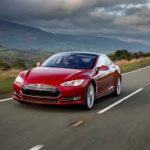 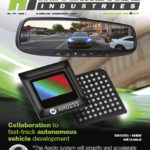 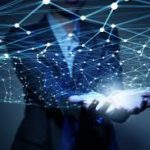 Need for speed in 5G manufacturing and customer-centric rollout 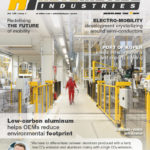 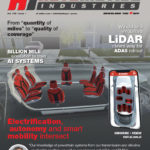