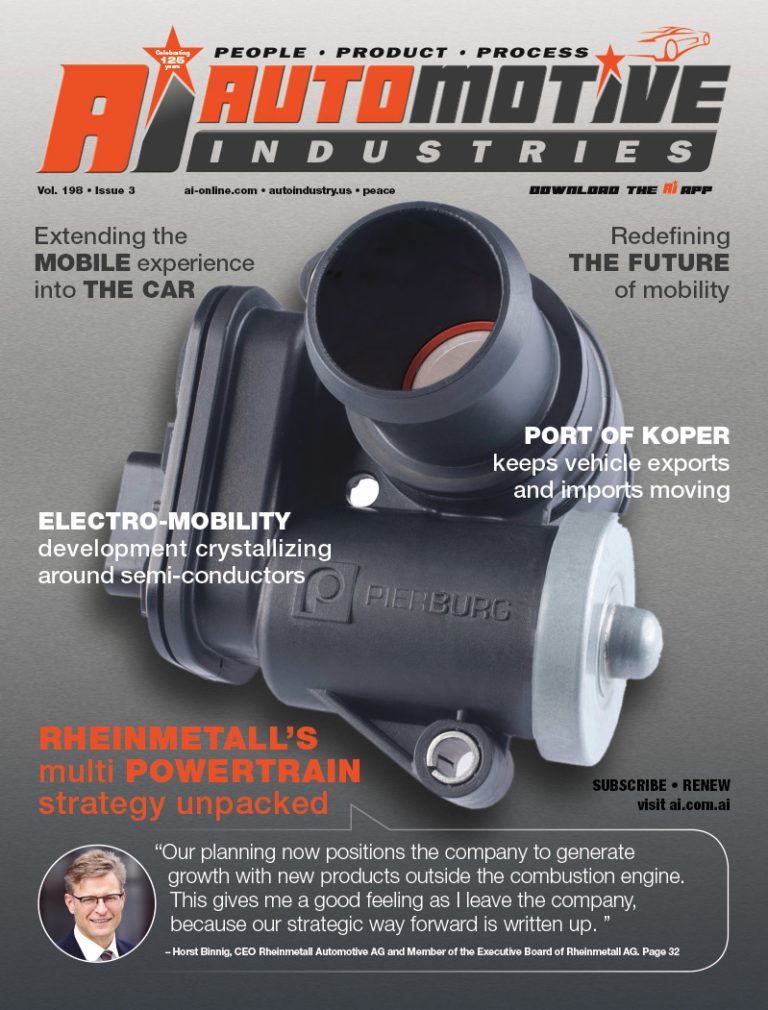 Powertrain technology is becoming increasingly electronic, even in traditional internal combustion (ICE) engines. This can be seen in the electrification of auxiliary equipment, as showcased by Rheinmetall at IAA 2019.

Under the Pierburg brand, the company presented innovations in the field of electric coolant, oil and vacuum pumps. The coolant pumps can be used both for cooling conventional combustion engines and – in an adapted version – for fuel cell stacks in vehicles with fuel cells. There is continued parallel investment in new concepts for ICE engines. Kolbenschmidt displayed the Liteks-5 lightweight piston, which was recently developed for series production for gasoline engines. Technical innovations include new polymer bearing materials that are adapted to the more stringent mixed-friction conditions typical of hybridization and the increased use of low-viscosity oils, as well as a new maintenance-free plain bearing that significantly reduces sticking propensity and noise, according to the company. Rheinmetall is systematically supplementing its automotive product portfolio in the direction of new driveline systems. In addition to products for electric vehicles, current development efforts include components for alternative powertrains, such as the fuel cell. Pierburg was recently awarded a contract to supply a well-known German vehicle manufacturer with electric cathode valves for use in fuel-cell vehicles. The new generation of electric flap systems was developed by Pierburg in Berlin, and will be used to control the fresh and exhaust air mass flows, as well as for the extremely tight shut-off of the fuel cell stacks.

Production of the vehicles is scheduled to start in 2022 Automotive Industries (AI) asked Horst Binnig, CEO Rheinmetall Automotive, whether the global slowdown in vehicle demand will affect research and development. Binnig: There has been steady growth since 1999, and I would say it is quite normal for the industry to slow down. This is the first year since I was appointed CEO that our sales are lower than in the previous year. But, this is true for everyone else in the market. Our decline is still less than the market average, despite the fact that our top four customers have experienced bigger drops in sales than their competitors. The very important Chinese market in general dropped on the passenger side close to 15% last year. Overall, I would say every automotive company is switching now to cash management, figuring out what they do and what they don’t do. It is difficult to predict how long the slowdown will last. We were told in 2009 that 2011 would be a very bad year and that wasn’t the case. In the end, Rheinmetall Automotive outperformed the market. Out of the last six years we’ve had five record years.

AI: How do you maintain your market position? Binnig: Our portfolio is much broader than some years ago. We try to cater for different segments of the market. In the diesel market we are very well represented in the truck segment, which is completely different to passenger vehicles. Only 60% of the complete portfolio of our sales in the combustion engine market is in the passenger car segment, where the split is roughly half and half between diesel and petrol. In addition to our growing business on the truck side, there is increased demand from manufacturers of industrial engines. That is in addition to our range of products for electric and hybrid vehicles. Our presence in different geographic markets also cushions us. In a declining global market, we grew sales in China by 2% in the first half of the year.

AI: How large is your Chinese footprint? Binnig: China is massive. I started with the company in 1999 and my first job was in China. I remember when I came to Shanghai there were 100 000 bicycles. If you come to China today it is very different. We had US$30 million in sales in 1999, and now we have over a billion dollars. I think our general position is quite strong firstly because of the joint ventures which make the big portion of our business with the HASCO Group, which is part of the SAIC Group. We supply the strong international OEMs like SAIC Volkswagen and SAIC GM, and we are also supplying the local OEMs. We are suffering on the Chinese customer side a little bit because they are postponing ramp ups of new products. But, if these happen in 2020, then it could well be a record year in China for us while the market is going down elsewhere. The Chinese market is the strongest market in the world and I think globally we are depending on China.

AI: What do you see as the future mix of propulsion systems? Binnig: In 2018, more than 65% of our sales were for components in ICE car and truck engines, but it will change. Our long-term strategic plan is to diversify. Of course, we are going to continue making everything for ICE, but our portfolio will broaden.

AI: Will you also invest in new technologies? Binnig: It is neither ICE nor electric. We do both. No one can tell us for sure what the mainstream for propulsion systems of the future will be. For planning purposes, we are assuming that battery electric vehicles will be dominant in the mega cities of the globe. Outside of the cities we will still have combustion engines all over the world, in hybrids or pure ICE vehicles. Our portfolio allows us to adapt to whatever technology the market selects.

AI: What about fuel cells? Binnig: A fuel cell is just another type of electric propulsion system. Instead of using a big battery you have a small fuel cell stack. The adoption will be influenced by range, costs and weight.

AI: What is your contribution to fuel cell technology? Binnig: We’ve had fuel cell products for quite some years. The first A class type for Mercedes-Benz was equipped with fuel cell parts from us.

AI: As you will be leaving the company for retirement by the end of the year. What is your advice for your successor? Binnig: When I decided to leave the company, I made the announcement that I would like to have more time for my family and my private life, but that I would be available all through 2019 in order to finalize the strategic planning to 2040, when the share of ICE engines in the propulsion of vehicles is expected to have declined significantly. Our strategic plan has to position the company for when this becomes a reality. Our planning now positions the company to generate growth with new products outside the combustion engine. This gives me a good feeling as I leave the company, because our strategic way forward is written up. For the next 3-5 years the main challenge of my successor will be managing the company through the global economic challenges. If I were to leave in three years, it would be bad for my successor. When they start work now, they will have a plan in place for guiding the company through the expected technological disruptions in the automotive industry. For me personally, it is the right decision and I also think that for Rheinmetall Automotive it is a good time to have a change of leadership. 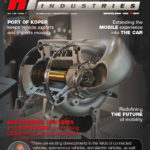 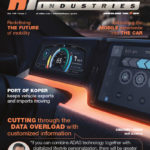 Cutting through the data overload with customized information 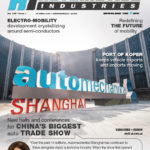 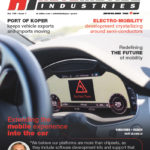 Extending the mobile experience into the car 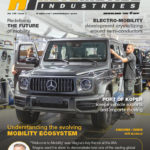 Redefining the future of mobility