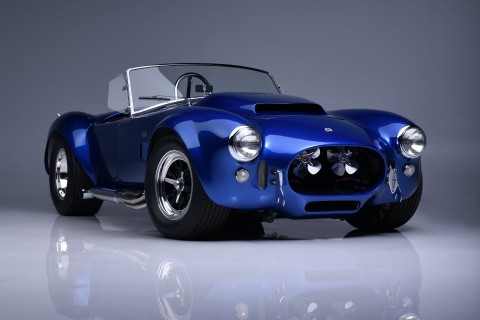 Barrett-Jackson, The World’s Greatest Collector Car Auctions, announced today that CSX 3015, the only remaining 1966 Shelby Cobra 427 Super Snake (Lot #1396) built personally for Carroll Shelby, will be auctioned as part of a private collection crossing the block during the Scottsdale Auction at WestWorld of Scottsdale, March 20-27, 2021. Seventeen additional collectible vehicles from the collection will be offered with No Reserve, including a rare 1955 Ford Thunderbird VIN 005 (Lot #1355.1), which is the first-production Thunderbird ever sold to the public.

“CSX 3015 is arguably one of the most iconic, and important, American sports cars ever built,” said Craig Jackson, chairman and CEO of Barrett-Jackson. “In 1968, Road & Track called it ‘The Cobra To End All Cobras,’ and it has more than lived up to that standard. When it first crossed our block in 2007, Carroll was there and told the story of how he got pulled over by the Nevada Highway Patrol doing 190 mph in the car. Its sale ended up setting a new world record for any Shelby vehicle sold at auction. Carroll often said, ‘make history, then repeat it,’ and that’s exactly what we hope to do again. This car was truly ‘Carroll’s Cobra,’ and it, along with other incredible vehicles selling from this private collection, will make collector car history next month.”

The 1966 Shelby Cobra 427 Super Snake CSX 3015 (Lot #1396) is one of only 23 total 427 competition roadsters built. A year later it was transformed for racing legend Carroll Shelby into the Super Snake and reclassified as 427 Cobra Semi-Competition (S.C.). Shelby American added twin Paxton superchargers to the 427ci V8 and mated it to a 3-speed automatic transmission that could handle the massive power. The car was wicked fast and became a cultural icon. Also selling from the collection is a 1965 Shelby Cobra CSX 4000 Series (Lot #1353) continuation car, which was commissioned by Carroll Shelby and was the 21st sold to the public.

Late-model exotics from the private collection include a 2012 Ferrari 458 Italia (Lot #1354). Powered by a 562 horsepower V8 engine mated to a 7-speed dual-clutch automatic transmission, this Ferrari set a new standard for modern supercars at the time. Designed by Pininfarina and Jason Castriota, a 2010 Ferrari 599 GTB Fiorana HGTE (Lot #1354.1) in the collection is powered by a 6.0-liter V12 engine producing 612 horsepower and mated to a 6-speed F1 automated manual transmission. One of only 410 sold in the U.S, a 2007 Porsche 911 GT3 RS (Lot #1353.1), is powered by the legendary Mezger Flat-6 engine mated to a 6-speed manual transmission.

“The vehicles selling from this private collection are all absolutely spectacular, but the Super Snake is one of my all-time favorite cars in the world, bar none,” said Steve Davis, president of Barrett-Jackson. “From historic and late-model, domestic and import to supercar and muscle car, this private collection literally has it all. I’m really looking forward to being at WestWorld when these vehicles cross the block, making collector car history and finding new homes with the next generation of collectors.”

Four classic Chevrolets are included in the sale of this private collection, including a 1969 Yenko Chevelle (Lot #1355), which is one of only 99 built and the only one known to exist with a column-shift automatic transmission. A 1968 Chevrolet Corvette COPO convertible (Lot #1120) is the only one known to be finished in British Green with a Dark Orange leather interior. Powered by a 7.0-liter GM LS7 topped with a Magna supercharger, a 1969 Camaro Custom Coupe (Lot #1352) received a no-expense-spared rotisserie restoration. One of only 3,675 produced, a 1969 Chevrolet Camaro Indy Pace Car convertible (Lot #1121) is a genuine Z11-coded RS/SS Indy 500 Pace Car.

Barrett-Jackson is committed to the health and safety of all its guests, sponsors, vendors, partners and media during its in-person events. The company is closely following local, state and federal health and safety protocols. To help maintain physical distancing guidelines recommended for live events, the auction arena during Barrett-Jackson’s 2021 Scottsdale Auction will be limited to bidders, consignors and their guests. Tickets to the event can be purchased by the general public online in advance only. Media credentials will also be limited to comply with physical distancing requirements. Enhanced live online and phone bidding options will be available for registered bidders.

About The Barrett-Jackson Auction Company

Established in 1971 and headquartered in Scottsdale, Arizona, Barrett-Jackson, The World’s Greatest Collector Car Auctions, is the leader in collector car and automotive lifestyle events, which include authentic automobilia auctions and the sale of private collections. The company produces live auction across the country, as well as Online Only auctions throughout the year. With broadcast partners FYI and HISTORY, Barrett-Jackson will feature live television coverage in 2021, as well as all the cars, all the time via the live stream on Barrett-Jackson.com. Barrett-Jackson also endorses a one-of-a-kind collector car insurance for collector vehicles and other valued belongings. For more information about Barrett-Jackson, visit www.barrett-jackson.com, or call 480-421-6694. 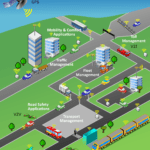 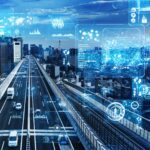 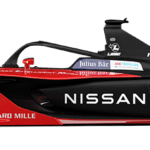 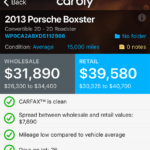 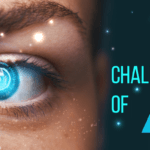