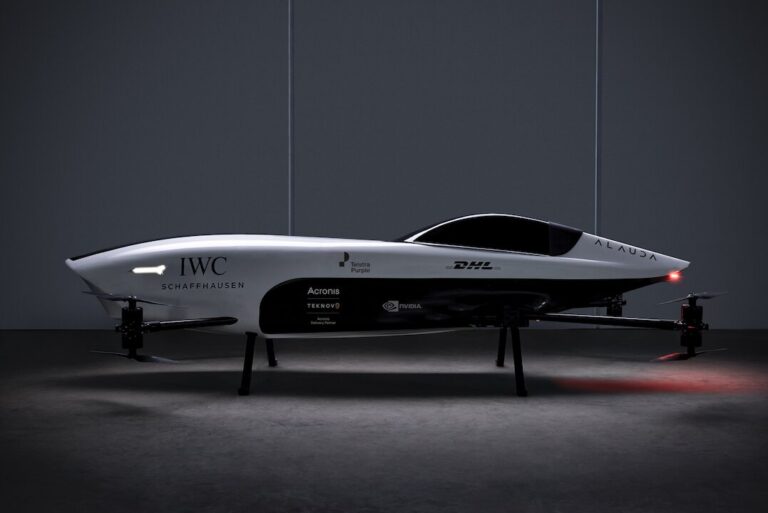 “As our first electric flying car Grand Prix races draw nearer, we are proud to establish the world’s first purpose built facility for the production of these pioneering racing vehicles. South Australia is rapidly becoming a global centre of excellence in the development of advanced space and advanced aerospace technologies, placement at this facility will create world-class opportunities for collaboration with companies at the cutting-edge of their respective fields. This in turn will rapidly accelerate a mobility revolution and place Adelaide on the map as a world-class centre of innovation.”

Alauda was founded in 2016 by entrepreneur Matt Pearson. He created the company with a vision to accelerate the development of the eVTOL (electric vertical take-off and landing) sector that is predicted to be worth $1.5trillion by 2040. Indeed, in the United States passenger focused advanced air mobility facilities have already been established. This is the first of its kind in the Southern Hemisphere and the world’s first electric flying racing car factory.

Alauda has moved rapidly from design through prototype to full-scale functioning development vehicles. The company is now entering full production ahead of first races in 2022. Teams from around the world will take delivery of vehicles that represent the very first of their kind in the world. Flying car races will offer industry a place and a space to develop the technologies and infrastructures that will underpin a mobility revolution.

To realise this vision, the company has gathered a world-class team comprising senior technical, design and engineering talent from some of the most celebrated names in motor-racing, performance automotive and aviation. This includes: Boeing, Brabham, Ferrari, McLaren, Jaguar Land Rover and Rolls-Royce. The establishment of this dedicated state-of-the-art facility will attract more elite talent to South Australia.

Fleet Space Technologies, also co-founded by Matt Pearson, will establish its manufacturing and R&D hub there paving the way for knowledge and facilities sharing with tech entities at the cutting edge of their respective fields.

“The creation of the Australian Space Park signals our commitment to the South Australian and Australian space sector by bridging the gap between research and development and prototyping to production at scale,” Premier Marshall said.

“The Park aligns with Australia’s space strategy that aims to triple the space sector’s contribution to GDP to over $12 billion per annum and create up to an additional 20,000 jobs by 2030.

“It is the next step in positioning Australia’s space community to deliver the entire space value chain – enabling the design, manufacture, launch and mission control of NewSpace capabilities.”

“It is fantastic to have four amazing companies partner with the South Australian Government on this initiative, with Fleet Space Technologies, Q-CTRL who we welcome to our state as they expand their Australian presence beyond New South Wales, ATSpace – a brand new Australian company and Alauda Aeronautics, the creator of the world’s first electric flying racing cars partnering and co-investing in these facilities.

“Throughout history the aviation and automotive sectors have evolved thanks to pioneering minds like Matt Pearson and the talented team that he has gathered at Alauda. We are proud to say that the future is here today and its unfolding in South Australia.”

Alauda has already proven its technological and commercial approach through the creation of the world’s full-scale first electric flying racing cars. These took part in historic first test flights in the deserts that surround the firm’s current HQ in Adelaide. Indeed, South Australia has proven the perfect testing ground for a sport that is developing the fundamental digital infrastructure that will underpin the electric flying car mobility revolution.

These endeavours have attracted a global pool of top tier motorsport sponsors and technical partners. This includes Australia’s leading telecommunications company, Telstra and Telstra Purple, Australia’s largest owned technology services business. Together Alauda and Telstra are pioneering the development of 5G technologies to augment the vehicle to vehicle (V2V) communications that will be vital to both flying car racing as a sport but also wider passenger and autonomous delivery applications.

Alauda’s collaboration with international engineering partner and leading Swiss luxury Watchmaker IWC Schaffhausen. Since joining forces in the summer of 2021 IWC and Alauda have engaged in an engineering and manufacturing knowledge-share informed by a shared philosophy to realise bold and world-changing vision with the world’s most advanced materials, design philosophies and manufacturing techniques.

THE STRUCTURE OF A SPORT

Airspeeder and Alauda Aeronautics are truly global operations. The sport’s technical HQ is in Adelaide, South Australia in direct proximity to the perfect testing grounds for a new form of aerial mobility.

The company’s commercial, communications and administrative HQ is in London, England and is led by CCO, Jack Withinshaw. This provides Airspeeder direct proximity to leaders in motor sport, rights management and regulation.

Alauda Aeronautics designs, engineers and builds the racing craft that participate in all Airspeeder racing events.

Airspeeder is the forthcoming crewed racing series. It will race across the globe in 2022.

AIRSPEEDER: ACCELERATING THE DEVELOPMENT OF A MOBILITY REVOLUTION:

Airspeeder is built on the philosophy that nothing accelerates technical progress like sporting competition. The next generation sport plays the same role the pioneers of Formula One did nearly a century ago in driving technical development and building public acceptance for a new mobility revolution. The eVTOL sector is primed to transform urban aerial transport, global logistics and even remote medical transport  with a clean-air, zero emissions aerial transport solution.

AIRSPEEDER | ABOUT THE FOUNDER: MATTHEW PEARSON

Matt Pearson is the founder and visionary behind Alauda and Airspeeder. Together with a team of engineers, designers and commercial minds spanning Australia, New York and London, he is accelerating the development of electric flying vehicles through the white heat of sporting competition.

Beyond his role as a defining voice in the future of mobility, Matt is driving the rapidly expanding Industrial Internet of Things space through his work at Fleet. From their base in South Australia millions of devices are powered via Low Earth Orbit through a growing network of nano satellites. 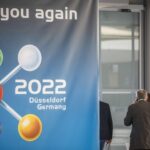 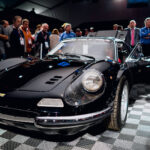 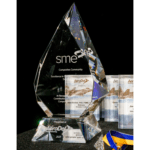 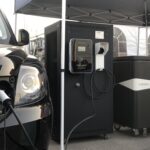 Ammonia is the key to adoption of hydrogen fuel cells 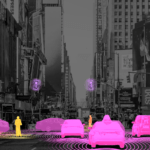