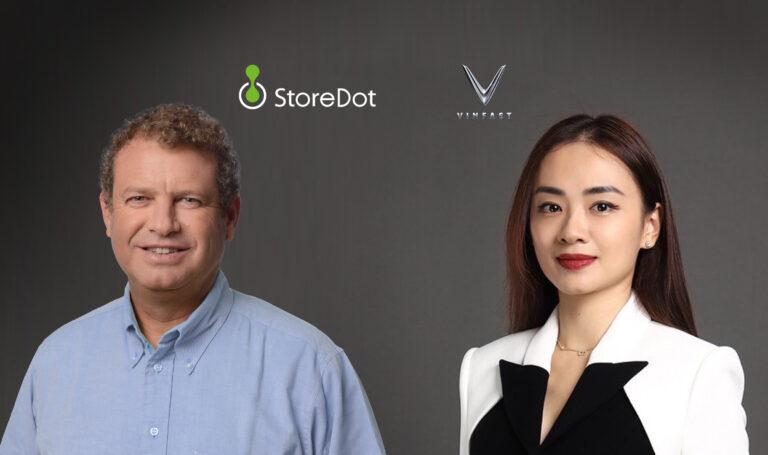 StoreDot, the pioneer of extreme fast charging (XFC) battery technology for electric vehicles, has announced the first close of its Series D funding round of up to $80 million, the majority of which have already been secured. The round is led by key strategic investors, strengthening StoreDot’s partnerships in the global automotive battery eco-system. The lead investor is the fast-growing flagship Vietnamese electric vehicle manufacturer, VinFast, which plans to scale up manufacturing and deploy StoreDot’s Extreme Fast Charging in future EV architectures.

Participants include bp ventures, a current StoreDot investor and active partner, underpinning its purpose of reimaging energy for people and our planet.  In addition, Golden Energy Global Investment Ltd., a wholly owned company by EVE Energy’s founder, Dr. Liu Jincheng, will be one of the participants in the funding round.

The funds raised by this round will be used to complete StoreDot’s research and development for its silicon-dominant extreme fast charge (XFC) battery cells for electric vehicles and continue its progress on Extreme Energy Density cells based on Solid State technology for future deployment. This funding also enables the company to ramp up its California-based R&D center and commence scale up operations in key global locations, in readiness for full mass production of cells in 2024.

Dr Doron Myersdorf, StoreDot CEO “This strategic round of funding, with principal investors coming from leading automotive, energy and technology companies, is a huge vote of confidence in StoreDot, its XFC battery technologies, our long-term product roadmap and our world-class technology and innovation that are all aimed to solve the Range Anxiety of EV drivers.

We are now properly funded to take our silicon-dominant XFC cells to the end of the R&D phase and into scale-up in readiness for mass production in 2024 for global vehicle manufacturers. It will help overcome the major barrier to EV ownership – charging times – providing a 50% reduction, and, ultimately, helping us all achieve a zero-emissions, clean world.”

Pham Thuy Linh, Deputy CEO VinFast “Enhancing customer experience is our top priority. We have been making dedicated efforts in research, connecting global intelligence by forming partnerships with and investing in breakthrough technology companies, especially in EV battery such as StoreDot and its extreme fast charging (XFC) proprietary technology.

StoreDot which is led by gifted scientists and experienced entrepreneurs, along with strong support from VinFast and other strategic investors, is believed to gear up for mass production globally in a very near term.”

StoreDot is in advanced talks with leading global car makers for integration of its XFC technology into their future models. The Company demonstrates a clear technology roadmap including its next generation XED, extreme energy density solid state cells with planned mass production in 2028.

J.P. Morgan acted as Sole Placement Agent on the transaction.

StoreDot is a pioneer and leader of extreme fast charging (XFC) batteries that overcome the critical barrier to mainstream EV adoption – range and charging anxiety. The company has revolutionized the conventional Li-ion battery by designing and synthesizing proprietary organic and inorganic compounds, making it possible to fully charge an EV in just five minutes – the same time it takes to refuel a conventional combustion engine vehicle. StoreDot’s battery technology is optimized for best driver experience with XFC in Li-ion batteries, as well as future technologies for extreme energy-density (XED). StoreDot’s strategic investors include VinFast, bp, Daimler, Samsung Ventures and TDK. In 2019, the company achieved a world first by demonstrating the live full charge of a two-wheeled EV in just five minutes. In 2020, the company demonstrated the scalability of its XFC batteries by fully charging a commercial drone in five minutes in another world first. Moving XFC battery technology from the lab to a commercially-viable electric vehicle for the first time, StoreDot has launched engineering samples of its XFC batteries that are designed to be manufactured at scale on traditional Li-ion production lines.

VinFast – a member of Vingroup – envisioned to drive the movement of global smart electric vehicle revolution. Established in 2017, VinFast owns a state-of-the-art automotive manufacturing complex with globally leading scalability that boasts up to 90% automation in Hai Phong, Vietnam. VinFast has announced three electric car models, exceptional battery leasing policies, and industry-leading 10-year warranties. In July 2021, VinFast started expanding to the North American and European markets. Two of its smart electric SUV models – VF e35 and VF e36, are expected to be available for pre-orders globally in the first half of 2022. Find out more at: https://vinfastauto.com

Established in 1993, Vingroup is one of the leading private conglomerates in the region, with a total capitalization of 35Billion USD from three publicly traded companies (as of November 4, 2021). Vingroup currently focuses on three main areas: Technology, Industry, and Services. Find out more at: https://www.vingroup.net/en 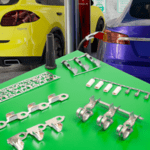 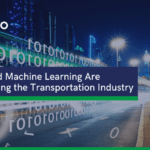 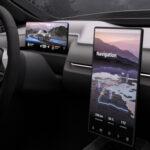 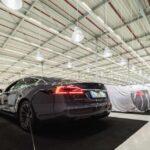