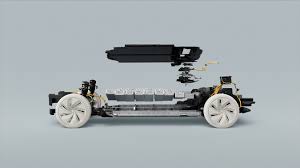 Northvolt and Volvo Cars will place their first joint battery factory in Gothenburg, Sweden, next to Volvo Cars’ assembly plant in Torslanda. The new facility will be operational in 2025 and create up to 3,000 direct jobs in Gothenburg. Indirectly, it will also create thousands of additional jobs in the region.

The City of Gothenburg has signed a letter of intent with Volvo Cars and Northvolt for the establishment of a new factory for the production of lithium-ion batteries, directly adjacent to Volvo’s existing Torslanda plant.

The battery factory will be operational by 2025, and will, once fully developed, deliver batteries to half a million cars each year. The factory will employ up to 3,000 people within production, support and management. It will be the first production facility for the new joint venture, where Volvo Cars and Northvolt are investing SEK 30 billion.

“Establishing this gigafactory in Gothenburg is a decisive move, both to continue to transform one of the most dynamic automotive regions in the world, and to become the leading global supplier of sustainable batteries”, said Peter Carlsson, Co-Founder and CEO of Northvolt.

Both R&D and production placed in Gothenburg The first activity for the new jointly owned company will be a battery research and development centre, which will open during 2023. The R&D centre is will also be located in Gothenburg and will employ a few hundred people, the companies announced in December 2021.

“We are very pleased to have reached this agreement, that Northvolt and Volvo Cars find our solutions attractive and choose to locate their future investments here. That so many green jobs are created is fantastic. Gothenburg is taking an even stronger global position in the climate transition and within sustainable mobility,” says Axel Josefson, chair of Gothenburg’s City Executive Board.

Broad collaboration within the municipality
The battery factory will be developed in two stages. Detail planning is already underway for phase one, which entails 55 hectares. The planning process has been simplified by the fact that the location is of national interest for industrial production, and it is well equipped in many ways, in terms of infrastructure. The involved parties estimate that land preparation and construction can begin during 2022.

Eight administrations within the City of Gothenburg and three municipal companies have worked together to provide solutions that meet the companys’ requirements, which meet environmental criteria and can be realised within a tight time frame. Business Region Göteborg has led this work. Region Västra Götaland, the county administration, has also contributed and created pre-conditions.

“During a short period of time, Gothenburg has succeeded in meeting all of the companys’ criteria, for example concerning green solutions for water, electricity, logistics and cooling. By re-using cleaned sewage water from the wastewater treatment plant, and using it as cooling water, we can reduce the electricity usage for cooling the factory substantially, compared with traditional solutions,” says Patrik Andersson, CEO at Business Region Göteborg.

Good supply of skills is crucial
Scandinavia’s largest port lies just a few kilometres from the planned factory and a railway is already in place. The government is investing SEK 1.5 billion in infrastructure in the surrounding areas, primarily in the major road, Hisingsleden, which will be fully developed in 2024.

“At the same time, Gothenburg offers a rather unique opportunity to quickly establish such a large facility in a metropolitan region, with all of the city qualities that come with it. On top of that, the region has a strong supply of skills within technology, which other regions can have a hard time matching. These are some important reasons why Gothenburg was chosen,” says Patrik Andersson.

The investments from Volvo Cars and Northvolt further strengthen Gothenburg’s role as a powerhouse for Swedish growth and innovation. The investments have dynamic effects on suppliers in the service sector and make one of Europe’s strongest automotive clusters even more attractive.

The city and region are also investing

*       SEK 130 million in new public funds have been allocated to infrastructure, mostly roads, near the site. Up to SEK 80 million will come from the City of Gothenburg and up to SEK 50 million from Region Västra Götaland.
*       Region Västra Götaland has also decided to invest SEK 45 million in a training centre. The City of Gothenburg is positive about contributing an equivalent sum and a decision will be made at a later date.
*       Annual skills funding will be partly redirected to better match the education needs that arise.
*       Connections of water, sewage, cooling/heating and electricity grid are investments that the jointly owned company will either pay for directly or pay off over time. 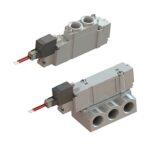 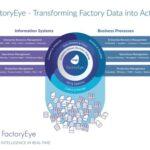 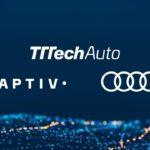 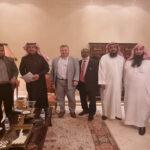 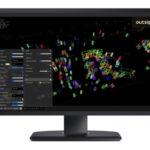 Outsight's Software Takes LiDAR to the Next Level! 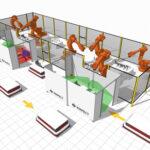