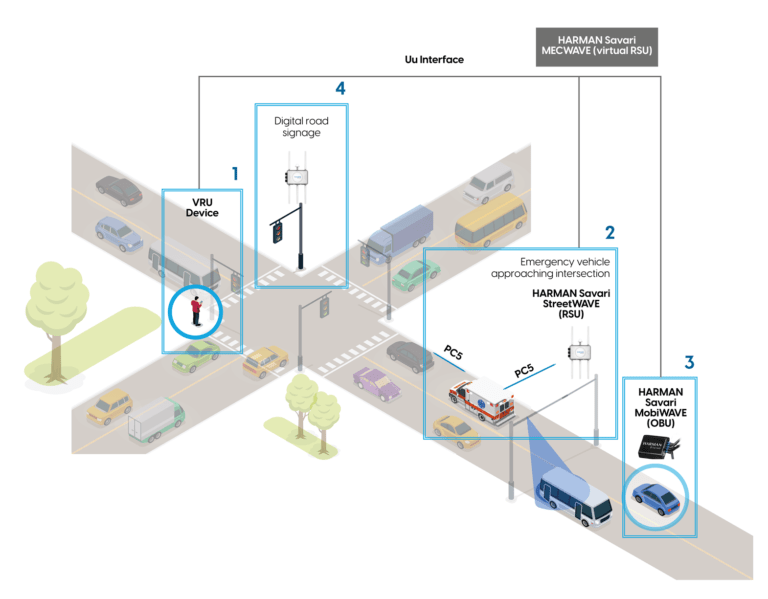 “Technology holds the opportunity to transform so many automotive experiences, but the most important are those that can enhance the safety of drivers, passengers and pedestrians,” says Ram Iyer, senior vice president, Connectivity, HARMAN International.

By operating on the edge with ultra-low latency, MECWAVE accelerates the deployment of vehicle-to-everything (V2X) communications, including safety-critical applications like hazard alerts, along with high-throughput connectivity experiences like interactive infotainment and video streaming.

Jollis: When you’re hosting an application in the cloud, in the best case, you’re seeing a latency of about 100 milliseconds, which is too long for safety applications. What’s even more concerning is that you’ll never know where that cloud is, or what kind of traffic can get in the way of communicating with that connected cloud resource. And so, while 100 milliseconds might be an optimal number, it can be even more when you have the uncertainties of traffic congestion, and the number of hops that the service request may take.

Latency can only be reduced by moving the server closer to the user. For this we created the MECWAVE platform, which allows service providers to host applications close to the users. We will host the applications on servers located in the city or region where users are driving. This may be on the roadside, a telephone utility pole, or in a building, for example.

AI: What apps does the platform support?

AI: What is the difference between MECWAVE and vehicle-to-everything (V2X), which you also supply.

Jollis: V2X normally works on a dedicated radio frequency: in many regions around 5.9 gigahertz. It is a peer-to-peer communications mechanism that transmits through beacons. All the vehicles in an area pick up beacons from the other cars and make calculations to determine if there are hazards. Based on the algorithms they will notify the driver of a potential hazard; whether it’s traffic crossing the road, an oncoming emergency vehicle or something else.

But until you have a critical number of participants, it is not that viable. There’s always going to be older cars on the road that haven’t been retrofitted. MECWAVE extends V2X capabilities to non-V2X capable vehicles and devices such as bikes and scooters, as well as mobile and wearable devices.

Instead of the information being transmitted through a peer-to-peer network, it is shared using a 5G link to the nearest MECWAVE, which locally analyzes all the information being sent to it. The information is then transmitted through V2X to vehicles with 5G or even 4G capability, which reduces latency and enables greater situational awareness. It will be able to include other vulnerable road users like pedestrians and cyclists because you can put a beacon application on a mobile phone, which then becomes part of the system.

By moving the edge resource closer we see latency reduced to around 10 to 20 milliseconds compared to 100 plus in the cloud. There are other applications that we can also put in place. For example, in the autonomous world, it will be important that much better situational awareness is established for a robotic car that doesn’t have a driver with eyes and ears. And that means that sensors from other vehicles come into play, whether it’s video or LiDAR, or radar. Additional computation on the edge takes that data from all those sensors, identifies critical elements of situational awareness and feeds that back to the autonomous vehicle for action.

Jollis: Savari was in the V2X business for 10 years before it became part of HARMAN. It built up a large set of software applications and capabilities with hardware and V2X. The Savari V2X stack is widely utilized by automakers that were early V2X adopters, and we continue that work. For companies that are not using our hardware we have made the stack available under license to Tier 1s.

It can be introduced as an integrated system that is part of the telecommunications control unit, as some of the premium automakers are doing. For those models that do not have 5G, the option is a separate onboard unit, which is what we call HARMAN Savari MobiWAVE. It includes the hardware and software for traditional V2X and can support either C-V2X (which allows direct device-to-device communication) or dedicated short range communication (DSRC), which is based on the Wi Fi 802 11 P standard. It is switchable, but not concurrently usable. This removes the risk for automotive decision makers as to which technology they need to put into their vehicles – it can support both.

Jollis:  The HARMAN Savari StreetWAVE roadside unit (RSU) is a critical node for vehicular connectivity, leveraging wireless technologies such as 5G or CBRS for backhaul and C-V2X technologies to enable a communication framework between infrastructures and vehicles. It is a V2X transceiver that communicates with the vehicles and connects to both the infrastructure and internet.

It enables vehicles using V2X to communicate with other systems through the connectivity provided between the roadside unit and HARMAN Savari MECWAVE. We have various configurations that can facilitate this, with it possible to co-locate MECWAVE with the OBU. We will be working with customers to determine what’s best for them. For more cost-sensitive models, OEMs will not want to put additional hardware in the vehicle and would prefer to utilize edge compute power.

route or certainly campus. The RSUs that have a V2X transceiver can be enhanced with a small cell hotspot, which enables them to meet their service level agreement commitments.

For example, one of the areas that is going to be an autonomous driving early adopter is the road freight business, because there is an increase in freight volumes and a challenge in finding drivers. But those autonomous vehicles need to be constantly connected. Trucking companies may put cell enabled RSUs on their key routes to support their vehicles at a higher level than what would be possible on the public network.

Another use case is in the construction, mining and agriculture space, where activities take place far away from mainstream connectivity. Companies need to have their heavy equipment connected because it is sometimes remotely controlled and needs to provide real time information.

For example, if you’re planting wheat, you have different levels of soil, moisture, and soil consistency, and you may have different types of treatme

nt that you do hyper-locally. And so there needs to be connectivity. You can’t collect yield information in a manual fashion.

Our RSUs could be mobile or fixed at a particular worksite. We’d have a backhaul from the RSU to the internet, and then the RSU would be meshed with other RSUs in the area to provide consistent communications for that production operation.

How does the February 2021 acquisition of Savari position HARMAN?

Jollis: The purchase of Savari enables us to expand into the traditional connectivity business for automotive which, although it is changing, is still commoditized. It is an area bound by standards, and in which it is very difficult to differentiate. So, we’re taking our expertise to adjacent application markets. Infrastructure is one of them. Savari really gives us a head start and allows us to enhance some of the intellectual property we developed ourselves. And Savari has a great team of people as well. We are taking full advantage of their capabilities and passion for what they do.

AI: Can MobiWAVE speed up the transition to smart cities?

Jollis: Fundamentally, it depends upon how connected the applications are. There’s an almost infinite number of applications that can be considered – anything from intelligently controlling street lighting to managing traffic flow through a cooperative, intelligent traffic system.

Another application is ‘green wave’, which monitors road congestion and coordinates the traffic light system and then informs you or your autonomous car that if you drive 32 kilometers an hour, for example, you will have a wave of green lights all along the road.

There are so many new things that can be brought to the table using edge-based computing, with connectivity from either 5G into RSUs, or V2X peer-to-peer and RSUs. We are looking at co-locating servers in the RSUs, which would make a lot more resources available along the route as additional processing power enables hyperlocal applications.

Let’s say you’re driving through Paris, and somebody is moving into one of those five-floor apartments and their lifting mechanism is causing congestion by blocking one of the lanes. Sensors in the cars will identify that there is traffic congestion and upload the information to a local MECWAVE server, which will create a hyperlocal map showing the obstacle and alternative routes for as long as a lane is blocked.

AI: Is this where 5G comes into its own?

Jollis: The 5G value proposition that it provides more bandwidth has always been very shallow, because you don’t really need more bandwidth. The real value proposition is latency, and the fact that the 4G networks are going to be decommissioned over the next seven to eight years. For automakers this means that 5G is no longer just for premium brands. They don’t want to get into a situation where connectivity disappears.

V2X is another thing. The only country that’s mandated V2X is China. But what has happened in Europe, the US and China is that, in order to qualify for a five-star NCAP safety rating, you will need to have a V2X system in the vehicle. So, things are really moving.

AI: On that note, what’s next for HARMAN?

Jollis: We continue to innovate. HARMAN Automotive consists of five business units, all of which are working really hard to reinvent where HARMAN sits in the automotive manufacturing value chain. T

he industry is changing rapidly and is no longer dominated by the big Tier 1s from end-to-end. New entrants are cherry picking technologies, and OEMs are doing a lot themselves to strengthen their own software capabilities.

The way to fit into the future automotive system is to bring innovative capabilities to the table – capabilities that automakers are looking for. So, we’re busy trying to ideate, conceptualize, test, and get feedback in order to introduce new technologies to the market.

Here is an example: A couple of years ago we developed what was called a ‘conformal antenna,’ which combines multiple antennas in a single module that can be mounted beneath the vehicle’s body surface. It has morphed into an integral part of the radio. It does away with things like connectors and coax, making the radio much more efficient and reliable, while reducing costs for the OEM.

It’s not an easy space to get into because antenna is a mixture of engineering technology, a little bit of art, and a lot of what seems to be magic. We have that capability in house, and we the support of our parent company, Samsung.

Samsung Mobile introduces around 600 phones a year, each with a different antenna. So, it has elaborate antenna development facilities. We’ve been working with teams there to adapt the technology for automotive use. Every car antenna must be slightly different because of the metal around it.

In summary, what’s next for HARMAN is bringing innovative products to market that make cities safer, while continuing to provide the end-to-end solutions our customers need. HARMAN’s insight, mindset and legacy of leading edge technology enables us to deliver what’s expected of mobility solutions today and in the future. 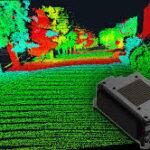 Automotive Industries caught up with Jordan Greene, Co-founder and GM of Automotive and VP of Corporate Development, AEye, Inc 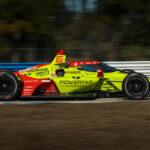 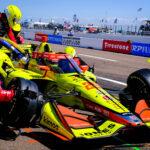 100 laps under his belt for DeFrancesco’s INDYCAR debut 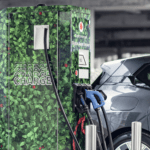 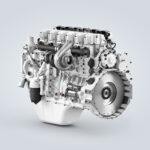