Skip to content
Power galore and nimble suspension get fabled pony car off to a gallop. 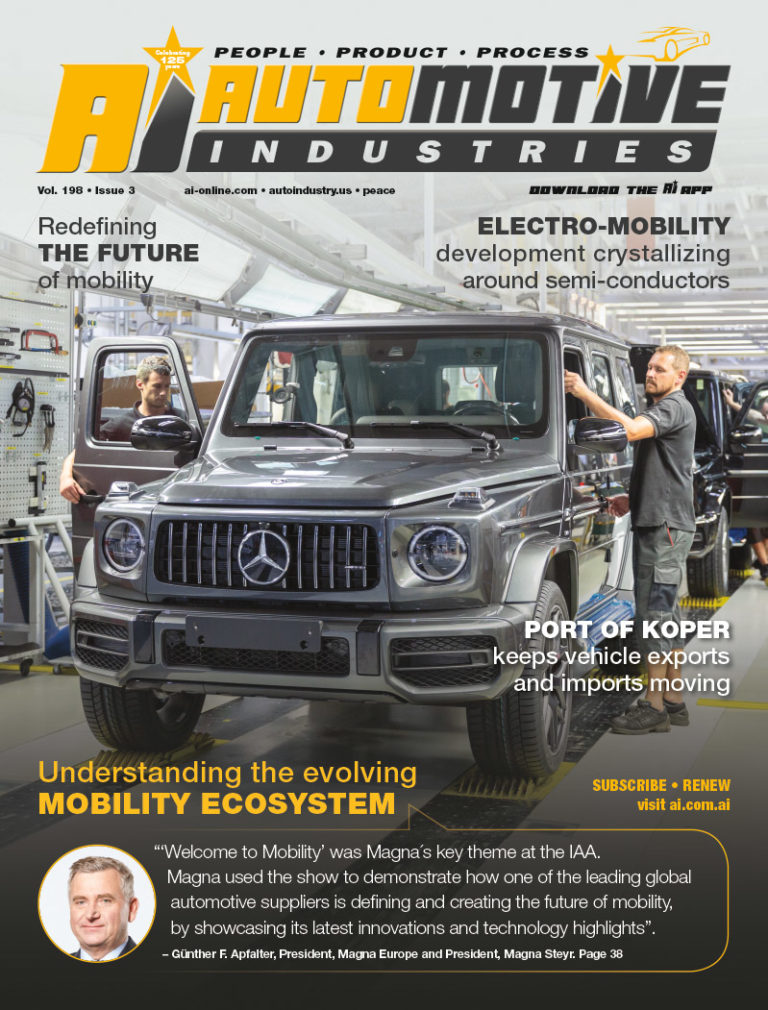 Over the years the reputation of the Ford Mustang has fluctuated as widely as the stock market. Shortly after its birth in 1964 the Mustang turned into a runaway success and since then the car has acquired icon status as a classic among American sports cars.

But there have been plenty of dark periods in the Mustang history; best forgotten, for example, are the woefully underpowered and poor handling Mark II and III generations.

Even at its best, the Mustang was always respected more for its performance than it was for technical sophistication or handling prowess.

That perception, however, is about to change, or at least be modified, with the arrival of the 2005 Mustang. Among the many interesting technical aspects of the latest generation model is the story of its chief program engineer, Hau Thai-Tang.

As a nine-year old Vietnamese boy in April 1975, Thai-Tang escaped Saigon for the States two days before it fell to the North Vietnamese. The only car Thai-Tang knew was the Citroen 2CV his father drove in Vietnam, but he had been fascinated by a 1968 Mustang he saw at an American military base.


n a storybook twist of fate, Thai-Tang became an engineer in the U.S., worked his way up through the ranks at Ford and became responsible for development of the latest generation Mustang. This indeed is a tale of two tangs. “Mine’s a somewhat different story from the traditional American farm-boy who grows up taking tractors apart and becomes a car engineer,” he says.

Though Thai-Tang wanted to create a Mustang closer in spirit to the revered late 1960s versions, he also set out to make a big leap forward in terms of engineering and dynamic capability.

Fortunately for Thai-Tang he was given a ‘proper’ chassis to work on — the modern, rear-drive platform of the Lincoln LS/Jaguar S-Type — instead of the tired old Fox platform that Mustangs have struggled with for the last few years.

And since Thai-Tang had worked on the LS prior to Mustang, he was well versed in the architecture.

One other Ford career experience stood Thai-Tang in good stead for his current role. In 1993 he was assigned as an engineer for the Newmann Hass Indy car race team, a role that would deliver intricate knowledge of suspension design and set-up. That in turn would prove extremely useful as Thai-Tang and his team worked to modify the LS underpinnings for use in the Mustang.

In any event, a lot of modification would be needed. First of all, it was found that the Mustang’s 4.6L V-8 would not fit between the upper control arms of the LS’s front suspension, so that led to a MacPherson strut-type design. It is similar to the BMW 3 Series design, points out Thai-Tang, with the implication that if it’s good enough for the respected Munich luxury carmaker, it’s certainly good enough for the Mustang.


The key to the layout is the reverse ‘L’ shape lower control arms. Made of steel, yet still lighter than some comparable cast-aluminum designs, the arms use a new manufacturing technique that allows two C-section stampings to be assembled back-to-back with welded seams. This creates an I-section profile that offers a high strength-to-weight ratio. The mass is moved toward the edges of the control arms for increased stiffness, while the center is kept thin to minimize weight.

The arms use a firm bushing at the point where the shorter forward leg of the L-arm connects to the chassis. This controls lateral motion and quickens steering response. The longitudinal movements are directed through a softer, compliant bushing at the longer, rear Larm leg, which damps road shocks.

Mustang is by no means the first Ford to use this front suspension design; it’s has been perfected in Europe on the Focus and Mondeo and is also found on the forthcoming Freestyle crossover vehicle in the U.S.

At the rear, the new Mustang eschews the LS’s independent suspension design for a solid axle. According to Thai-Tang there were several technical and manufacturing-related reasons for this choice. The production considerations included the Mustang’s move to the Flat Rock plant, which is already dealing with a highly complex, three-body style Mazda6 platform. It was also a consequence of strong input from the existing Mustang owner body, which insisted on the solid axle. “The core enthusiasts — the people who set the image for this car, many of whom are drag racers, said they wanted it,” says Thai-Tang.


Arguments over the decision will no doubt rage on for years, but Thai-Tang points out that the solid axle does provide several advantages; it’s durable, maintains constant track, toe-in and camber relative to the road surface and it keeps body roll well under control. “Also it allows for customized final drive ratios, gave us package flexibility and was lighter and more cost efficient,” he adds.

The design uses a central torque control arm fastened to the upper front end of the differential, while trailing arms are located near each end of the axle. The layout includes a Panhard rod, which runs parallel to the axle and attaches at one end to the body and at the other to the axle.

It stabilizes the rear axle laterally as the wheels move through jounce and rebound and controls the axle during hard cornering. Constant rate coil springs are employed and the shocks are located on the outside of the rear structural rails, near the wheels, reducing the lever effect of the axle and allowing more precise, slightly softer tuning of the shock valves. In terms of vehicle dynamics, the new Mustang benefits hugely from its longer wheelbase (up by 6 in.), improved torsional body stiffness (by 31 percent) and a front to rear weight distribution that is closer to even than the outgoing model. “The changes really helped get rid of the overly light steering feel in the current car,” says Thai-Tang. “The new car is a lot more responsive, enjoyable to drive with much more feedback through the steering wheel.”


As well as improved handling, the new Mustang promises to stop better than ever before. The four-wheel disc brakes have the biggest rotors and stiffest calipers ever fitted to a regular Mustang.

Twin-piston aluminum calipers operate on 12.4-in. ventilated front brake discs on V-8 GT models — an increase of more than 15 percent in rotor size, while V-6 Mustangs get 11.4-in. ventilated rotors that also are 30 mm thick. In the rear, the brake rotors are 11.8 in. in diameter — more than 12 percent larger than on the 2004 model.

Rear rotors are vented on the GT and solid on the V-6. A new four-channel antilock braking system comes as part of an option with allspeed intelligent traction control, which can be deactivated.

While the 2005 Mustang is likely to set new standards for the breed in its handling capabilities, the GT model has another claim to fame. It will be the first regular production Mustang to reach the 300-hp mark.

As such the all-aluminum modular 4.6L V-8 delivers 40 more horsepower than the 2004 engine. Torque output is 315 lb.ft. Electronic throttle control (a first for the Mustang), faster engine management controls and the new threevalve cylinder heads with variable camshaft timing are behind the GT’s power gain.


The V-8’s three-valve heads are smaller than the previous engine’s two-valve heads, reducing weight. They also offer a more direct, ported- style path to the valves for better air flow at peak engine speeds. Magnesium cam covers suppress valve train noise and reduce weight. The modular engine architecture means the Mustang shares its aluminum heads with the new, 5.4L, 3-valve Triton V-8 of the F-150, which is a bonus for manufacturing efficiency. The heads in the F-150 and Mustang GT engines even share the same part number, including camshaft. “With the flexibility of electronic throttle control, we have improved performance over all driving regimes,” notes Thai-Tang. “It’s a much more drivable powerplant. We have not made it peaky just to get good numbers.”

The base Mustang also benefits from moving to a new 4.0L, 60-degree, single-overheadcam engine, which replaces the 3.8L 90-degree pushrod engine in the 2004 model. Smoother and more compact, the Cologne- built V-6 provides more power and torque (200-hp, 235 lb. ft. — up 7 hp and 10 lb. ft.) and incorporates many of the advanced technologies used on the V-8. “I think this engine will come as a real surprise and delight to customers,” says Thai-Tang. “It’s very torquey and launch feel is much improved.”

The Mustang transmission department steps up to its first ever 5-speed automatic for 2005, while both V-6 and V-8 come as standard with 5-speed manual Tremec gearboxes. One particular improvement, says Thai-Tang, is the switch to a remote shift linkage, which reduces the long throw nature of the existing manual shifter. Though the interior of the ’05 Mustang is designed to evoke the look of the original car, it has one very modern feature; a color-configurable instrument cluster that can be backlit in any of 125 colors at the tough of a button. The cluster is lit by three light-emitting diodes: red, green and blue.

Since LEDs cannot be dimmed like conventional bulbs, the intensity of the three colors is controlled by pulse width modulation, which turns the LEDs on and off at rapid rates undetectable by the human eye. The intensity of the light is determined by the ratio between the LED’s “off” and “on” functions.

The light output of the LEDs is guided into acrylic light pipes on the sides of the gauges where the colors are ‘mixed’ to create six predefined colors: green, blue, purple, white, orange and red. Mustang owners can further ‘blend’ the primary colors to create 125 more personalized backgrounds.

“During Mustang research clinics, we noticed that many of our customers already were customizing their interiors with different instrument panel features,” said Dean Nowicki, Ford Mustang electrical engineering team leader. “The concept display was intended to offer choices, and we just decided we wanted all of the colors.”

Overall, Thai-Tang believes his team has produced the “best Mustang ever and best muscle car ever.

“We’re very proud of our heritage,” he says. “We have a 40-year family tree — I say don’t chop it down and plant a new one. This car is very true to the Mustang history. It’s instantly recognizable and it’s affordable, within reach of average person. It’s also the most powerful standard Mustang we’ve ever delivered.”

Diesel’s Day In Court
Share Your News with Ai