Suppliers are preparing for 2011,when European Union regulations will ban the use of R134a in vehicle air conditioning units.

Automotive Industries (AI) spoke to Japanese based Sanden Corporation about the implications. Sanden, one of the leading suppliers of automotive air conditioners in the world, set up in Europe 30 years ago. In 2007, it sold more than seven million units in Europe – giving it a 36% market share and record sales.

AI asked Seiichi Sakamoto, President of Sanden Europe about the development and status of R1234yf as a refrigerant.

Sakamoto: It will not be suppliers like Sanden, but the car manufacturers who decide which will be the new refrigerant. R1234yf is a strong candidate as confirmed at a recent new refrigerant symposium in Phoenix, USA. However, there are still some hurdles that it must jump. Sanden is investigating this refrigerant and results so far show that it can be used with relatively minor modifications.

AI: What is Sanden doing?

Sakamoto: There may be more than one solution. As a result, we at Sanden have been working vigorously on developing suitable products for CO2, which has been a major candidate for eight years, both on our own and in cooperation with other companies. We are therefore confident, that should CO2 be a solution, we are ready. We have also worked with a couple of car manufacturers on exotic solutions using refrigerants suitable for secondary loop systems, as a countermeasure against potential flammability issues.

AI: What is the status of discussion and development in the automotive industry vis a vis the new European regulations?

Sakamoto: As we see it, the legislation regulations are very clear and we do not expect that the EU will make any significant changes, such as delaying the start time. From our point of view, the car manufacturers are gearing up to be ready before January 2011 and, those that have not yet decided which will be the new refrigerant for them will do so by the end of the year. This would leave them at least two summer test cycles to validate and fine-tune the technology. Therefore, we do not see that there is any pressure or likelihood that the automotive industry will ask for changes or concessions in the regulations.

AI: Please tell us about the COP (Coefficient of Performance) improvement of the air conditioning compressor and the improved efficiency of Sanden’s products.

Sakamoto: It is not the compressor alone that determines the coefficient of performance, but the total system. Naturally many people focus on the compressor as this is the component which requires the largest amount of power to drive. Being a Japanese company we are continuously improving our product, which includes developments to reduce the pressure drop inside our compressors to increase their pumping efficiency and reduce frictional losses.

AI: What about the electric compressor for air conditioning systems?

Sakamoto: Today, a lot of interest and excitement has been generated by hybrid vehicles. However, in the longer term, there will come a time when most vehicles will be powered by fuel cells and the compressors that these vehicles will use will be electric. Therefore, the development of electric compressors is not just for another product to be used in certain hybrid vehicles, but it is the foundation for our future long term business. Of course, all full hybrids will use electric compressors and we will be launching our electric compressor in Europe in the near future. One key element of the electric compressor is the scroll compression mechanism, which was pioneered by Sanden in the automotive industry. Sanden has been involved in the development of the electric motor, inverter and other electronic controls over the past 20 years. We have built many thousands of electric compressors, some of which were used in limited fleet testing – such as the GM EV1 coupé which was sold in California in 1997 to 1999, and in Europe on the Berlingo a few years back. 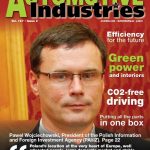 In Pole position for investment 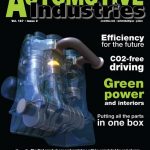 Data Logging for FlexRay, MOST, CAN 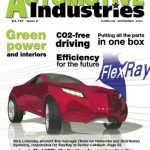