A ground breaking project to ensure the UK is well positioned for the commercial roll-out of hydrogen fuel cell electric vehicles has been launched, Business Minister Mark Prisk announced today.

“Working together with Government and leading car manufacturers we can support the creation of a hydrogen transport infrastructure that will dramatically cut harmful vehicle emissions and move the UK towards a zero carbon transport system.”
.
The new initiative – UKH2Mobility – brings together three Government Departments and industrial partners from the utility, gas, infrastructure and global car manufacturing sectors.

The group will evaluate the potential for hydrogen as a fuel for Ultra Low Carbon Vehicles in the UK before developing an action plan for an anticipated roll-out to consumers in 2014/15. It aims to:
• Analyse in detail the specific UK case for the introduction of hydrogen fuel cell electric vehicles as one of a number of solutions to decarbonise road transport and quantify the potential emissions benefits; • Review the investments required to commercialise the technology, including refuelling infrastructure; and • Identify what is required to make the UK a leading global player in hydrogen fuel cell electric vehicle manufacturing thereby paving the way for economic opportunities to the UK, through the creation of new jobs and boosting of local economies.

All of the partners have signed a Memorandum of Understanding to agree to share their knowledge and expertise.

Speaking at the launch of UKH2Mobility at the Royal Society Mark Prisk said:

“Hydrogen fuel cell electric vehicles are increasingly being recognised as one of the viable options as we move to a lower carbon motoring future. They are highly efficient, can be fuelled in minutes, travel an equivalent range to a conventional combustion engine, and have zero tail-pipe emissions.“

“The UK has a number of world-class companies that are developing exciting technologies in both the hydrogen energy and automotive value chains and it is therefore vitally important that we identify what is required to make these cars a realistic proposition for UK consumers.

“UKH2Mobility will bring together industry expertise to establish the UK as a serious global player in the manufacture and use of hydrogen fuel cell electric vehicles and the supporting infrastructure.”

“This is an important step for the automotive sector towards the development of clean vehicle technologies and zero emission mobility. It will lay many of the foundations for the commercial deployment of hydrogen-powered fuel cell electric vehicles which could represent a large segment of the UK market in the coming years. With this comprehensive list of partners we can be assured to have all the knowledge necessary to make UKH2 Mobility an exhaustive and credible study.”

“This project brings together the leading hydrogen infrastructure providers, at the forefront of deployment worldwide, with the common goal of supporting the rollout of hydrogen transport across the United Kingdom.

“Working together with Government and leading car manufacturers we can support the creation of a hydrogen transport infrastructure that will dramatically cut harmful vehicle emissions and move the UK towards a zero carbon transport system.”

“The UK H2Mobility is a ground-breaking industry led task force. Its job is to roll its sleeves up and ensure that the UK is well positioned for the commercial roll-out of hydrogen fuel cell vehicles from 2014/15 as part of a balanced portfolio of drivetrains. Fuel cell vehicles, storage and refuelling technology are here today, they work! We now need to look at how we can make these elements, together with the hydrogen refuelling infrastructure, work most effectively to enable the UK to take full advantage of hydrogen as a transport fuel; stimulating inward investment, GDP growth and securing and creating new jobs”.

UKH2Mobility will deliver its evaluation of the potential of hydrogen as a transport fuel by the end of 2012. If the results are positive, an action plan will be developed to work through the steps needed to get the UK ready to be one of the first markets for the global commercial roll out of Hydrogen Fuel Cell Electric Vehicles.

• Hydrogen fuel cell electric vehicles themselves share a large proportion of the electric motor and drive train technology with other electric and plug-in hybrid vehicles; it is the energy storage/conversion devices that are different. The fuel cell is an electrochemical device like a battery, but unlike a battery it does not need recharging, can be refuelled quickly and will continue to generate power so long as it is fed with hydrogen fuel.

They are highly efficient devices (50-60% compared to an average of around 20% for internal combustion engines) that produce no emissions or pollutants at the tail-pipe and much reduced overall well-to-wheel emissions when compared with today’s petrol and diesel engines.

• Hydrogen is a clean energy carrier. When used as fuel in fuel-cell systems it does not produce any carbon emissions (carbon monoxide, carbon dioxide, unburned hydrocarbons or particulates). Therefore, using hydrogen will contribute to the improvement of air quality and the reduction of CO2.

• Hydrogen Fuel Cell Electric vehicles are seen as part of the portfolio of solutions that will be required to decarbonise road transport. The Automotive Council Roadmap identifies a pathway where fuel cell electric vehicles will complement hybrid and battery electric vehicles and more efficient internal combustion engines.

• The Government continues to take a technology-neutral approach to supporting low and ultra-low carbon vehicle technology and recognises that a portfolio of solutions will be required to decarbonise transport. The Plug-in Car Grant is open to all vehicles meeting the performance criteria, including hydrogen fuel cell vehicles, pure electric and plug-in hybrid models. This Grant gives both private and business consumers a reduction in the upfront cost of eligible vehicles (http://www.dft.gov.uk/topics/sustainable/olev/plug-in-car-grant/)

• Industry partners to the Memorandum of Understanding are: 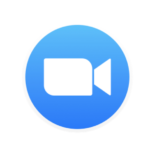