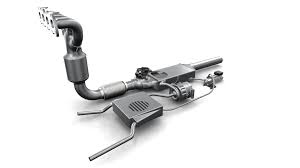 Faurecia Emissions Control Technologies (FECT), the world’s leading manufacturer in the field, was honored with General Motors’ 2015 Supplier of the Year Award. The designation recognizes FECT’s overall leadership and performance across all regions, in particular in North America and Europe. In China, the Business Group has also received in 2015 a separate “Supplier of the Year” distinction from Shanghai General Motors.

“We are grateful to General Motors for recognizing the inventive minds, hard work and lean processes that distinguish our worldwide Faurecia Emissions Control Technologies workforce,” said FECT North American Operations President Dave DeGraaf. “We are proud to be a supplier for General Motors, and I know everyone within FECT greatly appreciates this recognition and our highly valued relationship with GM.”

FECT earned the highest-level ranking for supplier performance based on a series of metrics applied by GM. The rankings evaluate business performance and cultural priorities. FECT scored greater than 4 out of 5 on both scales. Business performance incorporates quality, launch, material cost and supply chain. A GM internal survey of departments, which work closely together with suppliers, evaluates cultural priorities and focuses on total enterprise cost, transparency, communication/responsiveness and innovation/engineering.

“We are focused on building positive supplier relationships, bringing new, customer-centric innovations to GM, and being the OEM of choice among suppliers,” said Steve Kiefer, GM vice president, Global Purchasing and Supply Chain. “The companies we recognize tonight not only have brought innovation, they delivered it with the quality our customers deserve.”

Faurecia is one of the world’s largest automotive equipment suppliers. The company consists of four key Business Groups: Automotive Seating, Emissions Control Technologies, Interior Systems and Automotive Exteriors. In 2015, the Group posted sales of $23 billion. As of December 31, 2015, Faurecia employed 103,000 people in 34 countries at 330 sites, including 30 R&D centers. Faurecia is listed on the NYSE Euronext Paris stock exchange and trades in the U.S. over-the-counter (OTC) market. For more information, visit: http://na.faurecia.com/en 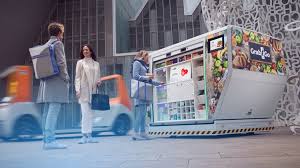