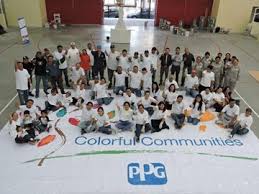 PPG (NYSE:PPG) announced that its paint manufacturing facility in Huron has earned a 2016 Award for Excellence from the Ohio Chemistry Technology Council (OCTC) for its multiyear recycling initiative. The plant recycled 205 metric tons of materials in 2015, a 30 percent increase over the prior year.

In late 2013, the Huron plant formed a cross-department recycling team that first assessed material use to identify potential recycling opportunities. The team established designated recycling areas and placed recycling containers in all departments to make the effort more visible and to encourage employee participation.

In 2015, the recycling efforts enabled the facility to divert 250 metric tons of waste material from being placed in a landfill. The plant’s recycling team continues to meet monthly to find opportunities to add to its current efforts, which include recycling cans, bottles, cardboard, pallets, stretch wrap and super sacks.

“We thank the OCTC for its recognition of the outstanding efforts of our recycling team and employees,” said Mike Acierto, distribution supervisor and recycling team lead at PPG’s Huron plant. “Reducing our environmental footprint is an important goal for our plant and for PPG globally, and we will continue to evaluate our operations for recycling opportunities as new technologies and materials are introduced to our manufacturing processes.”

The OCTC Awards for Excellence recognize exceptional performance in environmental, health, safety and security by companies in Ohio’s chemical industry. PPG’s coatings plant in Delaware, Ohio, also earned a 2016 Award of Excellence for its recycling achievements.

About the Ohio Chemistry Technology Council

The Ohio Chemistry Technology Council is the leading advocate for Ohio’s chemical technology industry, which is the second-largest manufacturing industry in the state. Ohio is the sixth-largest chemical manufacturing state in the nation. Since 1988, the council has represented the state’s high-tech chemistry community before elected officials, the media and the public. To learn more, visit www.ohiochemistry.org.

PPG: WE PROTECT AND BEAUTIFY THE WORLD™

At PPG (NYSE:PPG), we work every day to develop and deliver the paints, coatings and materials that our customers have trusted for more than 130 years. Through dedication and creativity, we solve our customers’ biggest challenges, collaborating closely to find the right path forward. With headquarters in Pittsburgh, we operate and innovate in more than 70 countries and reported net sales of $15.3 billion in 2015. We serve customers in construction, consumer products, industrial and transportation markets and aftermarkets. To learn more, visit www.ppg.com. 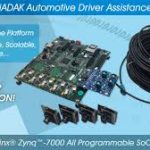 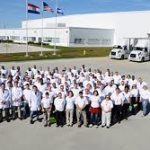 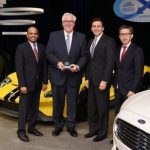 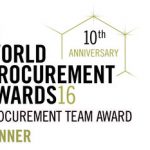 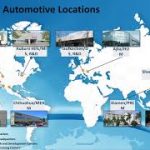