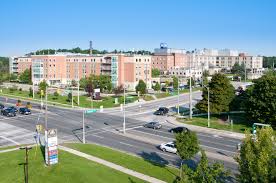 TU Automotive Detroit – BlackBerry Limited (NASDAQ:BBRY)(TSX:BB) is addressing safety and security, two of the most important factors for next-generation connected and autonomous vehicle software, with the launch of QNX® Hypervisor 2.0. This real-time Type 1 Hypervisor based on QNX SDP 7.0, BlackBerry’s most advanced and secure 64-bit embedded operating system, enables developers to partition and isolate safety-critical environments from non-safety critical environments, ensuring that no critical systems are put at risk.

BlackBerry’s QNX Hypervisor 2.0 creates virtual software containers, such that any hiccup or breach in a single car functional domain can be isolated and does not impact or create vulnerabilities in other domains of the car. One example is the virtual cockpit, which uses a single System on a Chip (SoC) to run both an infotainment system and the car’s digital instrument cluster, which comprises the speedometer, odometer and gas tank indicator. The digital instrument cluster interfaces with critical driving systems, and thus needs to be both safety certified and architected in such a way that security is ironclad. With QNX Hypervisor 2.0, each of these two systems is isolated and kept safe, so that if the infotainment system were to crash, it would not take the safety-critical systems down with it.

“There is no safety without security,” said John Wall, senior vice president and head of BlackBerry QNX. “If hackers can access a car through a non-critical ECU system, they can tamper or take over safety-critical areas, such as the steering system, brakes or engine. BlackBerry’s QNX Hypervisor 2.0 safeguards against these types of attacks and is a key component of our multi-level approach to securing connected and autonomous vehicles.”

BlackBerry is also announcing that Qualcomm Technologies has adopted QNX Hypervisor 2.0 as part of certain digital cockpit solutions. Combining BlackBerry’s hypervisor with the high-performance compute and connectivity capabilities of the Qualcomm® Snapdragon™ 820Am automotive platform can support automakers to integrate the infotainment system and instrument cluster using the same SoC. Support for QNX Hypervisor 2.0 on the Snapdragon 820Am automotive platform is available for evaluation by Qualcomm Technologies’ customers today.

“The QNX Hypervisor 2.0 will assist automakers in taking greater advantage of the power of our Snapdragon automotive platform,” said Nakul Duggal, vice president, product management, automotive, Qualcomm Technologies, Inc. “The ability to run concurrent operating systems on top of the QNX Hypervisor on the Snapdragon 820Am automotive platform will help automakers to reduce hardware complexity and cost in their vehicles, while still delivering the responsive and rich user experiences that consumers demand today.” 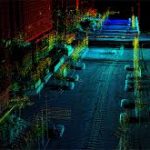 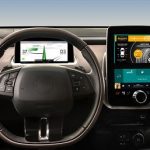 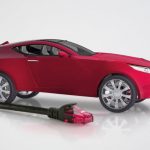 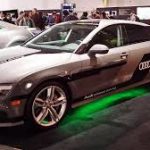 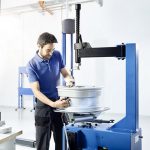 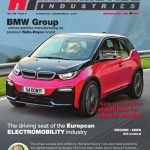 The EV Tipping Point
Share Your News with Ai