Automatic emergency braking (AEB) systems that can detect pedestrians are preventing pedestrian crashes — but only in the daytime or on well-lit roads.

In all light conditions, crash rates for pedestrian crashes of all severities were 27 percent lower for vehicles equipped with pedestrian AEB than for unequipped vehicles, a new study from the Insurance Institute for Highway Safety found. Injury crash rates were 30 percent lower. However, when the researchers looked only at pedestrian crashes that occurred at night on roads without streetlights, there was no difference in crash risk for vehicles with and without pedestrian AEB.

“This is the first real-world study of pedestrian AEB to cover a broad range of manufacturers, and it proves the technology is eliminating crashes,” says Jessica Cicchino, IIHS vice president of research and the study’s author. “Unfortunately, it also shows these systems are much less effective in the dark, where three-quarters of fatal pedestrian crashes happen.”

Already, IIHS has spurred manufacturers to improve their front crash prevention systems and make pedestrian detection available on more vehicles by introducing ratings for pedestrian AEB. When IIHS made an advanced or superior rating for vehicle-to-pedestrian front crash prevention a requirement for the TOP SAFETY PICK and TOP SAFETY PICK+ awards in 2019, the technology was only available on 3 out of 5 vehicles the Institute tested, and only 1 in 5 earned the highest rating of superior. Two years later, pedestrian AEB is available on nearly 9 out of 10 model year 2021 vehicles, and nearly half of the systems tested earn superior ratings.

To address the shortcomings identified by Cicchino’s research, IIHS is now developing a nighttime test, with plans to publish the first official nighttime pedestrian crash prevention ratings later this year.

“The daylight test has helped drive the adoption of this technology,” says David Aylor, manager of active safety testing at IIHS. “But the goal of our ratings is always to address as many real-world injuries and fatalities as possible — and that means we need to test these systems at night.”

Examining the impact of pedestrian AEB

Pedestrian crash deaths have risen 51 percent since 2009, and the 6,205 pedestrians killed in 2019 accounted for nearly a fifth of all traffic fatalities. That same year, around 76,000 more pedestrians sustained nonfatal injuries in crashes with motor vehicles.

Pedestrian AEB systems warn drivers when they’re at risk of hitting a pedestrian and apply the brakes if necessary to avoid or mitigate a crash. To determine how big an impact the technology is having, Cicchino looked at nearly 1,500 police-reported crashes involving a wide variety of 2017-2020 model-year vehicles from different manufacturers.
Accounting for the quality of vehicle headlights as well as driver age, gender and other demographic factors, she compared pedestrian crash rates for identical vehicles with and without pedestrian AEB. Finally, she examined the impact of the technology by crash severity, light condition, speed limit, and whether the vehicle was turning.

Recently, Aylor’s team conducted a series of research tests to help design the planned nighttime pedestrian AEB evaluation. Those tests provide additional evidence that today’s pedestrian AEB systems don’t work as well in the dark as they do in daylight.

“Some systems worked much better than others in the dark, but there was no single type of technology that got better results,” Aylor says.

For the research tests, eight small SUVs made by eight different manufacturers were put through the standard vehicle-to-pedestrian evaluation [2] in full darkness on the covered track at the IIHS Vehicle Research Center. Each vehicle was tested twice — first with their high-beam headlights on and then their low beams.

Excluding the radar-only Taos, performance generally declined enough in the dark to knock vehicles from superior to advanced using their high beams and from superior to basic using their low beams, using the scoring system developed for the daytime ratings. But the benefits of radar varied in this small sample of vehicles.

As expected, the Taos achieved essentially the same results in the dark, since radar does not depend on light. However, it was also the worst performer in the daytime test. The best performers in the nighttime tests — the C-HR and Bronco Sport — both use a combination of camera and radar. The Forester and Trailblazer, the only vehicles with camera-only systems and no radar, achieved similar nighttime results to three other vehicles with camera-and-radar systems, the CR-V, XC40 and Venue.

The research tests did not show a clear association between good headlights and stellar nighttime scores, either. On average, vehicles with good and acceptable headlights showed similar declines in performance in the dark, compared with their daytime results. The two worst performers in the low-beam test, the CR-V and XC40, both had good-rated headlights. And the C-HR, which was tested with both good and poor headlights, outperformed all the others using its low beams, even when equipped with poor headlights.

“The better-performing systems are too new to be included in our study of real-world crashes,” Aylor says, “This may indicate that some manufacturers are already improving the nighttime performance of their pedestrian AEB systems.” 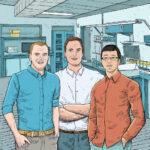 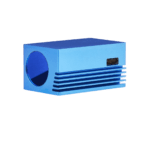 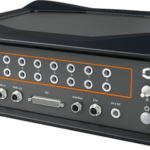 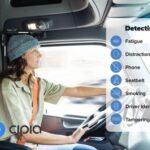 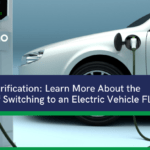