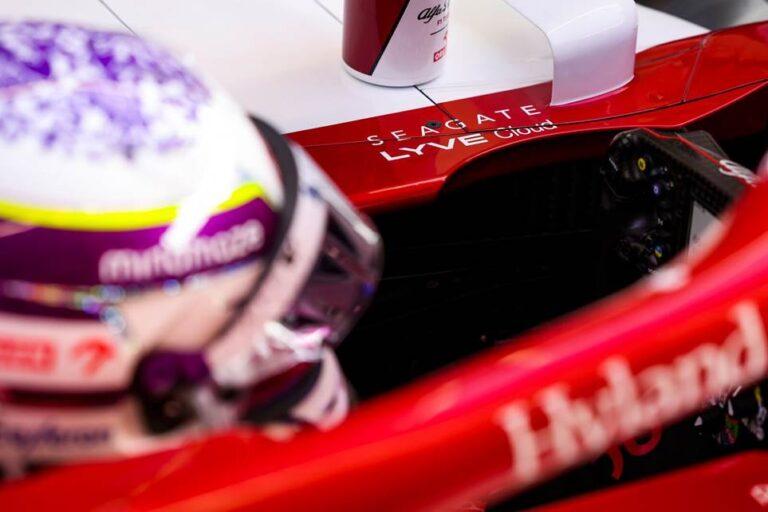 In a sport generating gigabytes on gigabytes of data from sensors on the
cars and at the factory, data storage presents ongoing issues such as
increasing cloud storage costs, unpredictable total cost of ownership (TCO)
and data management complexity in the cloud. As Seagate becomes the official
Object Storage Service Partner of Alfa Romeo F1 Team ORLEN, Seagate Lyve
Cloud will offer data privacy, no vendor lock-in, no API charges and no
egress fees, allowing the team to retain full control of their data while
lowering barriers for storing, moving and activating data at scale.

Faced with the challenge of scaling their factory data beyond an on-premise
storage appliance, Alfa Romeo F1 Team ORLEN have chosen to deploy Seagate
Lyve Cloud and can now store, access and move their unstructured data easily
at scale without having to worry about the unpredictable costs pertaining to
data growth over the next few years.

Seagate Lyve Cloud branding is visible on the team’s C42 cars’ headrests as
the team’s drivers, Valtteri Bottas and Zhou Guanyu, race in the 2022
Formula One championship

Frédéric Vasseur, Team Principal of Alfa Romeo F1 Team ORLEN: “The data
generated by our team has been growing on an exponential scale in the last
few years and managing, storing and accessing this information in a reliable
and secure manner has become an increasing challenge for our team. Seagate
Lyve Cloud allows us to fulfil all our needs in this regard without having
to worry about the how: Seagate Lyve Cloud gives our team the freedom to
focus our resources, time and attention on what we do best – delivering
results on track.”

Seagate Technology crafts the datasphere, helping to maximize humanity’s
potential by innovating world-class, precision-engineered mass-data storage
and management solutions with a focus on sustainable partnerships. A global
technology leader for more than 40 years, the company has shipped over three
billion terabytes of data capacity. Learn more about Seagate by visiting
www.seagate.com

About Sauber Group of Companies:

The Sauber Group of Companies is composed of two operational entities:
Sauber Motorsport AG, which operates and manages the Alfa Romeo F1 Team
ORLEN; and Sauber Technologies AG, which focuses on third-party business in
the areas of advanced engineering, prototype development and additive
manufacturing, in addition to full and model-scale testing in the factory’s
state-of-the-art wind tunnel and ground-breaking innovation in the field of
aerodynamics. The companies collaborate closely and share know-how to apply
the expertise of more than 500 dedicated individuals at the headquarter in
Hinwil, Switzerland, to all internal and external projects. Since its
founding in 1970, the passion for racing has been at the heart of Sauber.

For more than 50 years, the innovative Swiss company has been setting
standards in the design, development and construction of race cars for
various championship series, such as Formula One, DTM, and WEC. Following
its own Formula One debut in 1993, Sauber Motorsport AG has established one
of the few traditional and privately held teams in the sport. The company
launched a long-term partnership with Alfa Romeo in 2018 and, as it
celebrates 30 years of competition in Formula One, it enters the 2022
championship under the team name Alfa Romeo F1 Team ORLEN. 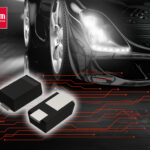 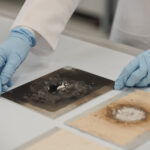 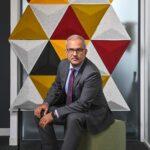 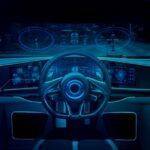 Join experts at the Next-Generation Automotive Lighting & Display Technologies event and address the latest trends and challenges facing the industry, and explore solutions driven by user experience
Share Your News with Ai