The main hurdles to mainstream adoption of Electric Vehicle (EV) by the general public have always been “range anxiety” and recharging time. We are not talking about the enthusiastic early adopters but about the mainstream adopters and laggards, the silent majority who are more reluctant to change. In a previous blog, we highlighted potential technical bottlenecks associated with the fast growing, mainly regulation driven, forced transition from the Internal Combustion Engine (ICE) to EV and the need for considering multiple scenarios.

In this blog, we will focus on the critical need for automotive OEMs and their various suppliers to make strategic decisions based on a multitude of evolving factors, globally, which can be difficult to keep track of without the help of comprehensive, advanced and flexible Artificial Intelligence (AI) driven risk analytics tools.

To illustrate this point, the EV battery swapping vs. recharging station dilemma comes to mind. This is a key orientation with pros and cons which may differ from one market to another. EV charging is similar to gas station charging, giving options for normal or fast DC charging. Large scale deployment of charging stations is underway in the EU, China and the US via private or private/public collaborations and, in several cases, with Government support.

The other option is battery swapping or using battery-as-a-service (BaaS), which brings its own challenges and benefits.

To charge or to swap?

As in any scenario, the battery swapping option also comes with pros and cons for adoption. The widespread adoption of battery swapping solutions could make EVs as convenient and seamless as ICE cars today and remove one of the main hurdles in recharging time. But, challenges remain.

Why should companies explore this and why is it a dilemma?

So, reason number 1 for OEMs is participation in the fast growing (and the largest) Chinese EV market: European and American EV car manufacturers may have no choice but to offer a battery swap solution to be able to sell cars and participate further in the China market. Doing that however will force these manufacturers to:

1)      Reduce one of their key competitive advantages for the longer range, ever faster recharging fixed battery technology

Consumer behavior and readiness to give-up the traditional ownership model in favor of a never-ending subscription model may also differ from one region to the other. 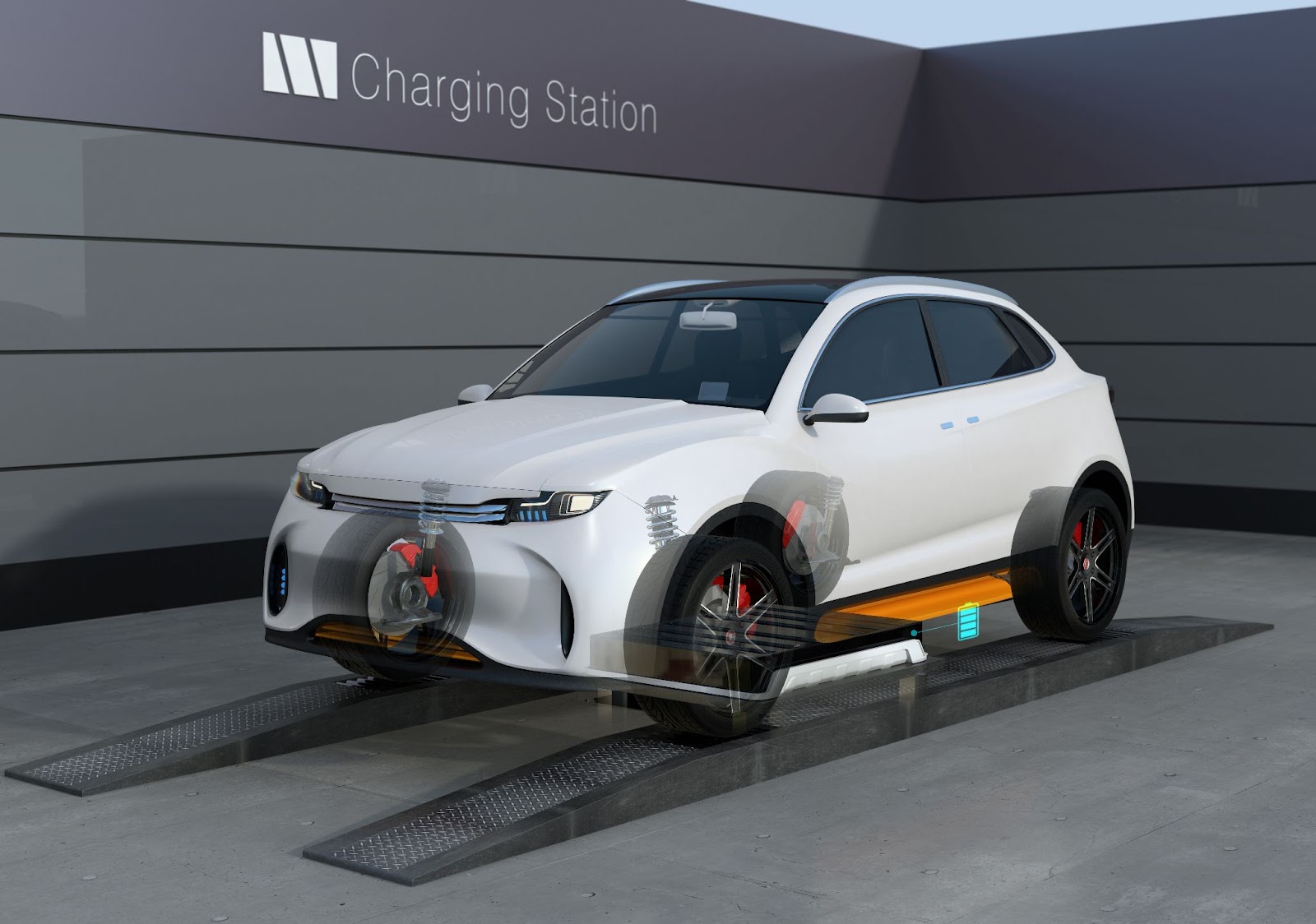 Battery swapping will also call for different types of partnerships that include battery makers and asset management companies, to run a successful and scalable initiative. As an example, in China, automakers Nio and Geely, battery swap developer Aulton and oil producer Sinopec say they plan to establish a total of 24,000 swap stations across the country by 2025, up from about 1300.

It is reasonable to say that standardization of batteries, one of the biggest challenges, can be addressed if large producers from the oligopolistic battery market get involved. CATL (Contemporary Amperex Technology Company Ltd), who supplies ~50% of China’s market and more than 30% of the battery cells used in EVs globally, is already a participant. But, participation of large OEMS – Tesla, GM, VW- who have their own proprietary batteries, will potentially be harder to come by.

Who are the current players?

Nio, successful in operating battery swapping in China, has mentioned that they will own and operate both charging and battery swapping stations in Europe. They have two in Norway and plan to install 1000 by 2025. Nio has partnered with battery leader CATL and is evaluating asset management companies in Europe.

Volvo, in partnership with Geely, is also assessing this. In addition, Ample (US) has started working with automakers to set up battery-swap stations using modular batteries. Taiwan-based Gogoro Inc. offers a battery-swap service for scooters and two-wheelers.

There are two aspects that may discourage adoption of a swap model, viz., earlier failures and advances in fast charging stations.

Battery charging/switching service provider Better Place started in 2012 (2007, according to sources) and filed for bankruptcy in 2013. The high investment for developing the charging/swapping infrastructure, high cost for batteries ($30,000) and for storing, as well as a much lower market penetration than predicted, all contributed to the failure. Fewer than 1,400 Renault Fluence Z.E. cars were deployed in Israel and in Denmark, after spending about $850 million.

Tesla opened its first swap station in California in 2013 and closed it two years later because of poor uptake, according to the CEO.

Major initiatives are being launched for establishing more charging stations across countries, reducing battery costs, achieving longer ranges, enabling faster charging and efficient partnerships. This may have a bigger part of the charging market depending on availability, ease of use and cost.

Large scale partnerships such as Ionity are planning mega investments and charging station deployments. The battery swapping model is only a small fraction of the current charging options currently available globally and can remain that way in the short term.

Can we bet on any one solution? As we debated in our last blog, the answer is no. Ample, one of just a handful of battery swapping developers outside China, has raised $275 million from investors, including energy companies Shell, Repsol and Eneos. Shell Recharge is also a major player in the EV charging market. Looks like oil companies are investing in both approaches.

With the evolution in battery technologies, one can even imagine that the future mainstream EV solution could be a combination (a hybrid) between a main rechargeable battery and a multitude of smaller electric bike size swappable batteries good for a few dozen miles of range extension! This makes long term investment decisions on costly infrastructure and car development very susceptible to short-term shifts, fast-paced technology, competition and market evolution, all of which will need close monitoring.

The crucial strategic decision that separates a bright future from a bankruptcy is typically a difficult one that involves tracking and analyzing multiple micro and macro-economic factors, evolving government support, regulations, market trends, company investments and technology advances. It ultimately determines where to invest R&D resources as you see the market evolving. It becomes even more complicated when the market evolves in a direction that is not aligned with current strategy at a given manufacturer.

This seems to be the case potentially with this EV battery swapping dilemma, where in order to make the EV cars more convenient and widely accepted, car OEMs may have to follow the Chinese battery swapping model. A strong market and risk intelligence tool (SaaS platform) such as Vertaeon’s can help you to assess all the above indicators and prepare you to be one step ahead of competition.

Rekha Menon-Varma is Managing Partner at Vertaeon LLC, a risk and strategy analytics firm. She brings extensive expertise in corporate strategy, enterprise risk and digital transformation to the firm. David Chouvelon is business development consultant at Vertaeon LLC, with expertise in market and business management. Both have 20+ years of experience each in automotive and industrial value chains.

The content in this white paper is intended for informational purposes only. Vertaeon provides no endorsement and makes no representations as to accuracy, completeness, or validity of any information or content on, distributed through or downloaded, or accessed for this article. All rights and credit go to original content owners from various sources. No copyright infringement is intended. Vertaeon will not be liable for any errors, omissions, or delays in this information or any losses, injuries, or damages arising from its display or use. All information is provided on an as-is basis without any obligation to make improvements or to correct errors or omissions. Vertaeon makes no guarantees or promises regarding the sources and does not necessarily endorse or approve of their content. You may contact Vertaeon at https://www.vertaeon.com with any questions. 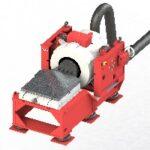 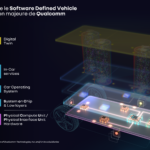 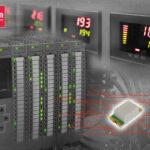 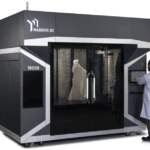